Third-quarter revenue for Alphabet, the parent company of Google, jumped 24 % to $27.8 billion, above the average analysts' estimate of $27.2 billion. 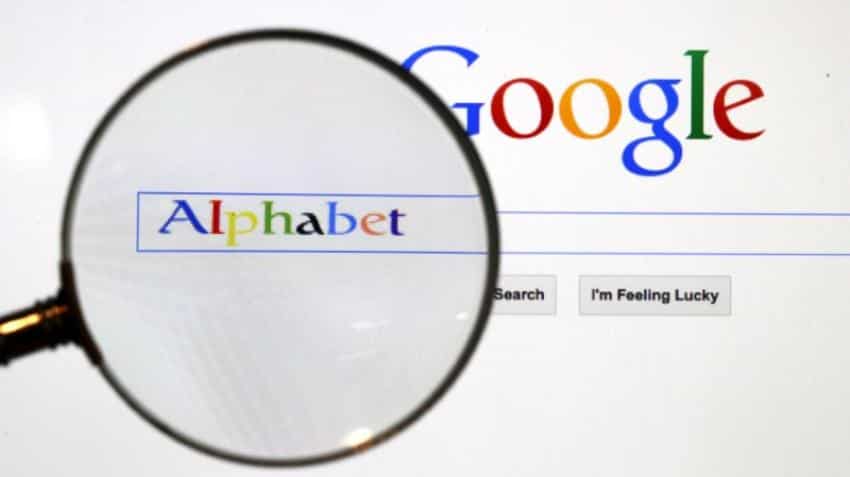 A Google search page is seen through a magnifying glass in this photo illustration taken in Berlin. Photo: Reuters

Alphabet, along with much of the tech sector, has enjoyed torrid growth in recent years as advertising moves from traditional media to the internet and consumers flock to an ever-expanding array of digital devices.

While Google faces political pressure, especially in Europe, over its growing dominance and its role in spreading propaganda online, those problems have yet to hit the bottom line.

Pichai defended the partnerships in response to several analysts` questions on Thursday, calling the deals "a win-win construct" because Google performs "better when our partners do well."

"We're pretty comfortable with how we're approaching it," he said.

Other analysts said revenue growth and cost controls made TAC increases less of an issue.

"There is way too much focus on TAC as a cost - it`s a great investment for Google to control the publishing ecosystem," said Richard Kramer of Arete Research.

James Cordwell, an analyst at Atlantic Equities, said: "TAC is surging, but the trade-off between growth and margin is a good one."

Among Google`s top priorities is expanding its salesforce to catch up with Amazon Web Services in providing corporate computing via large data centres, Pichai said. Alphabet does not break out cloud revenue, but Jefferies analysts estimate it at about 15 % of Google`s other revenue.

Google also is trying to take on Apple in the high-end smartphone business with the Pixel. The company deepened its investment in September, agreeing to acquire 2,000 engineers from smartphone maker HTC Corp for $1.1 billion. Google`s Android operating system already powers most non-Apple smartphones.

But Google`s second-generation Pixel had a rough debut last week, with users complaining of a faulty screen and clicking noises during calls. The company responded on Thursday by doubling the warranty period for the smartphones to two years and promising to issue software fixes.

Losses from Alphabet`s Other Bets segment, which includes the Google Fiber broadband service and smart thermostat maker Nest, narrowed to $812 billion from $861 billion. The change reflected both an increase in sales across the companies and scaled back expansion plans for Fiber.

Apparently alluding to political concerns about extremist propaganda and misinformation appearing on Google services, Pichai told analysts on Thursday that the company cared "deeply about the quality of information" it provides and would "constantly work to get this right."

Google's latest iPhone rival off to a rocky start