All you need to know about Vodafone tax case

SC will today hear the Centre's appeal against an order of the Delhi High Court that allowed arbitration in a tax dispute under the India-UK bilateral treaty. 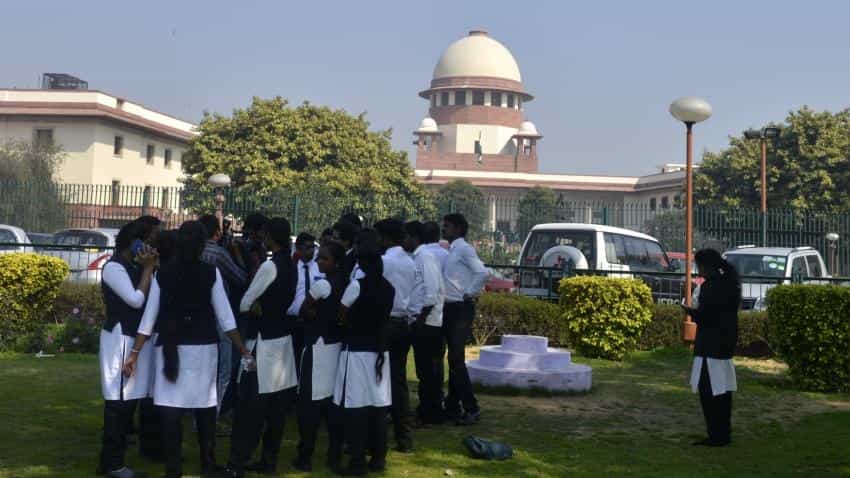 It’s just like they say - death and taxes are inevitable.

Vodafone India is gearing up to face the Centre’s petition on Tuesday challenging a Delhi High Court order asking it to participate in the dual arbitration proceedings initiated by the company on a tax demand.

The second largest telecom giant has a Rs 11,000 crore tax demand dangling over its head in relation to its $11 billion deal for acquiring a stake in Hutchinson Telecom.

So where did it all begin?

You may recall Vodafone’s famous ad that featured in 2008 with the tagline ‘Every day I want to fly,’ and a pug.

A decade ago in 2007, Vodafone International Holdings BV forayed into the Indian mobile phone market by buying 52% stake in Hutchison Essar.

However, the company’s subsidiary exchanged cash for shares with a similar holding company for Hutchison Essar, in far off Cayman Islands. At the time, Indian tax authorities did not have a say in the company’s doings as the deal was done entirely offshore.

In 2012, Vodafone had first initiated arbitration against the government invoking the India-Netherlands Bilateral Investment Protection Agreement (BIPA). The Apex Court of India ruled in favour of Vodafone by saying it acted ‘within the four corners of law’.

What did the government have to say?

The Indian government saw over Rs 20,000 crore in unpaid taxes by Vodafone, a report by the Hindu pointed out in 2014.

The government then came up with the General Anti-Avoidance Rule (GAAR). This rule basically said that the government could dig up past deals, all the way back to 1962. GAAR was postponed to 2016.

Despite winning the $2 billion tax case in the Supreme Court five years ago, the matter was picked up by the Delhi High Court this year.

On August 22, the High Court had restrained Vodafone Group’s arbitration proceedings under the India-UK BIPA. This was the company’s second arbitration on the same issue, as per a PTI report.

The government challenged the second arbitration as well stating 'the two claims were based on the same cause of action and seek identical reliefs but from two different tribunals constituted under two different investment treaties against the same host state'.

Vodafone, however, told the court it would not submit to the jurisdiction of the court in relation to the Rs 11,000 crore tax demand.

At the end of October 2017, the HC allowed Vodafone Group representatives to participate in the process of appointing a presiding arbitrator in its international arbitration process against India in the tax dispute case.

This is what has been challenged by the Centre on December 12, 2017.

Why is this important?

Vodafone’s tax feud with the government is not the only one of its kind. Global debates on the tax planning strategies of companies and what governments can do to stop them have been initiated.

How does this impact me?

What lies at stake here are Vodafone’s profit margins and reputation. Even though the matter is still in court, it is important to know whether a company is paying its dues to the government.

Vodafone had 20.74 crore subscribers as on September 30, 2017, as per TRAI data. Investors in Vodafone will be interested to know that the reported profits do indeed exist.