Last year in May, the company had revealed that it has paid Rs 23.02 crore severance pay, salary and other benefits to outgoing CFO Rajiv Bansal. 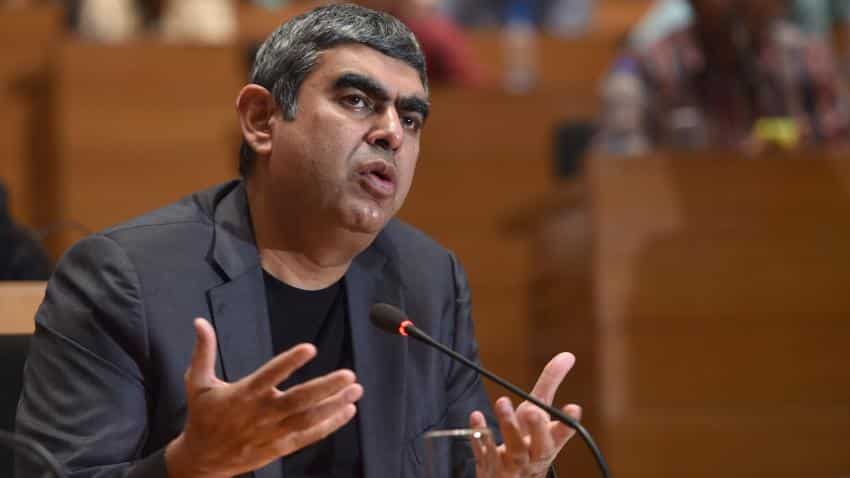 Founders of Infosys together own 12.75% in Infosys with Murthy and his family owning the majority of this stake. Photo: IANS

Trouble may be brewing inside Infosys Ltd's board room, media reports claim.

The Times of India said that the relationship between founders of Infosys and its CEO Vishal Sikka are "less than ideal." It said that issues between Infosys Ltd's first non-promoter CEO Sikka and the company's founders rose on the back of the three major incidents-- sharp increase in Sikka's compensation early last year, appointment of Union Minister Jayant Sinha's wife Punita Sinha as an independent director and lastly because of huge pay of Rs 17.4 crore to ex-CFO Rajiv Bansal.

Last year in October, the company had announced that it will pay Sikka as much as $5.08 million (around Rs.30.48 crore) in annual salary and stock options worth $2 million, which made the total of $7.08 million.

Earlier, Sikka had announced that the company has set a target of becoming a $20 billion firm with average revenue per employee of $80,000 and an opening margin of 30%. As of March 2016, Infosys had a $9.5 billion revenue, and $50,700 full time equivalent (that is, the revenue generated per employee working on a project) and an operating margin of 25%.

Further, on the appointment of Mrs. Sinha, the report said that she is "eminently" qualified for the post of Independent Director. Last year in January, the company had announced her appointment which had sparked a debate on the social media, considering she is the wife of Union Minister and other political connections in the family.

Last year in May, the company had revealed that it has paid Rs 23.02 crore severance pay, salary and other benefits to outgoing CFO Rajiv Bansal. He had resigned from the post in October, 2015.

After Bansal, other two Michael Reh, an executive VP, and David Kennedy, legal counsel were given huge severance pays when they decided to quit, the TOI report added.