Aleris acquisition is likely to be completed by Q3FY20: Satish Pai, Hindalco Industries

Hindalco’s consolidated results in the quarter has been a balanced one as this quarter has been a record quarter for our overseas subsidiary Novelis, says Satish Pai, Managing Director, Hindalco Industries, in an interview with Zee Business. 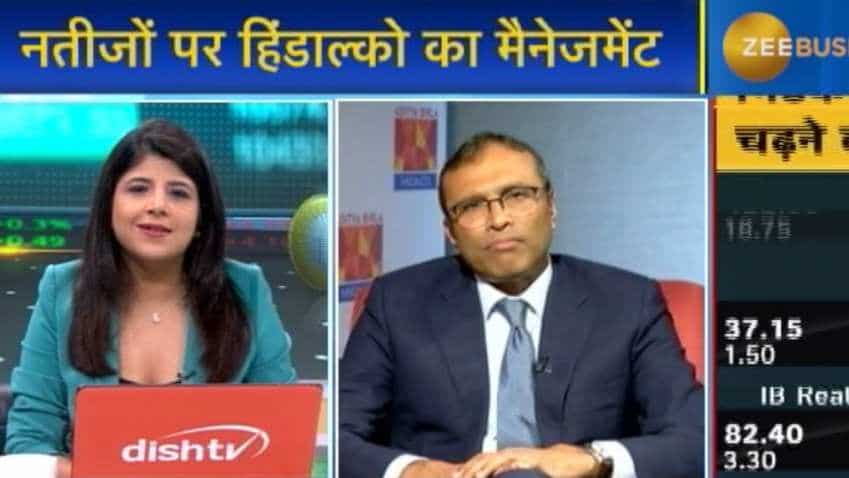 Hindalco’s consolidated results in the quarter has been a balanced one as this quarter has been a record quarter for our overseas subsidiary Novelis, says Satish Pai, Managing Director, Hindalco Industries. In an interview with Swati Khandelwal, Zee Business, Pai said US-China trade war had a negative impact on commodity prices. Edited Excerpts:

Q: Standalone numbers are weak and sliding prices of copper and aluminium had an impact on your margins. How will you summarise the quarter?
A: If you are saying that aluminium and copper are results of India, then it was impacted as its market price of aluminium, which is decided by LME, has declined by 21% quarter-on-quarter (QoQ). But, if you have a look on our consolidated results than it seems to be a balanced one because it has been a record quarter for our overseas subsidiary Novelis and their EBITDA is 372 million, which was up by 11% (QoQ). The balanced model of Hindalco, if seen after combining upstream and downstream, then our aluminium business in India went down due to LME, which was quite low but results of Novelis, which is a convertor business, has been up. So, if you have a look at the combined consolidated results then you will find that the results were quite good when compared to our competition.

Q: The Chinese government has devaluated Yuan. Will this add more pressure on global metal prices?
A: Have a look at the price of any commodity prices and you will find that all of them are depressed a bit amid the ongoing US-China trade war. You must also have a look at the prevalent economic conditions of China and the European Union, which is under pressure. Therefore, the demand for copper and aluminium is less than 1% and this is something that had an impact on the commodity prices of almost everything - like aluminium, copper, oil and gas among others – and it is quite low at present. The commodity prices will remain in pressure till there is not an end to the ongoing trade war between the US and China and there is a positive movement in the global economy.

Q: How was the performance of the chemical business, especially in the case of speciality alumina and hydrates?
A: As far as our alumina chemical business in which we sell hydrates and precipitated hydrates among others is concerned then it is performing well and is posting double-digit growth year-on-year (YoY) basis.

Q: Margins were benefitted by the value-added products in the previous quarter as they fetch higher EBITDA/tonnes. What about this quarter?
A: As far as, our value-added products are concerned then its EBITDA in both cases, at Novelis and India, is moving in accordance with the growth. However, our results are based on primary aluminium, whose LME is low, which had an impact on our EBITDA. Our growth and expansion plans related to value-added are moving in the right direction.

Q: What is the cost of production and target for coming quarters? Hindalco’s management in Q4FY19 gave guidance about a 3% reduction in cost production. Will it continue to be in process or not?
A: It has been 3%. If you have a look at Q1 against Q4 then our cost of production has declined by 3%. We believe that oil prices, like furnace oil, Calcined Petroleum (CP) Coke, will decline and is declining at present. So, we may see a 3-5% decline in cost of production in the second half of FY20.

Q: Novelis has posted good numbers. Update us on the reports that say that the European Commission has asked for some more concessions for the acquisition of aluminium processor Aleris. Have you met at the demand yet?
A: I can just say that talks/negotiations are on with the European Union and it seems that we will be able to complete this acquisition of Aleris by Q3FY20.

Q: Did the production cuts by auto companies across the world had any impact on your business as aluminium is largely used in the auto segment? Have you seen any major impact in demand for aluminium?
A: If you have a look at the Novelis results then you will find that our auto-shipment has increased by 4% year-on-year (YoY). Demand hasn’t declined in segments where aluminium is used like big trucks and SUVs. So, Novelis’s auto demand is going to be very strong this year.

Q: The metal sector is facing issues related to cheap import from FTA nations and a lot was expected from the year’s budget but nothing substantial was announced to curb it. What is your view on it, and did you have any discussion with the government in this regard?
A: When it comes to our talks with the government then we need two types of support from it. The first is related to the ongoing negotiations on Regional Comprehensive Economic Partnership and we want that several lines of copper and aluminium should remain in the exclusion list and there should be provisions of safeguard when there is a sudden increase in import from any country. Secondly, the government should reduce the burden of taxes on power cost or ease regulatory requirements in form of safety margins to reduce our input cost as this step will help us in being comparative at the international stage.

Q: Expectations from where you can see demand in the near future and what are going to be the growth drivers for Hindalco in coming quarters?
A: This is good news that domestic demand for aluminium and copper have increased by 7% and 9% quarter-on-quarter (QoQ) respectively. At a time, when the economic growth of other countries is going down, we have seen a rise in aluminium and copper in India, which is quite strong at present. Interestingly, at a time, when the government is talking about economic stimulus under which our economy will grow again by 6-7% or more then that then the aluminium demand which is growing by 7% is can grow by 10-11% if seen by keeping last year’s growth in the backdrop.