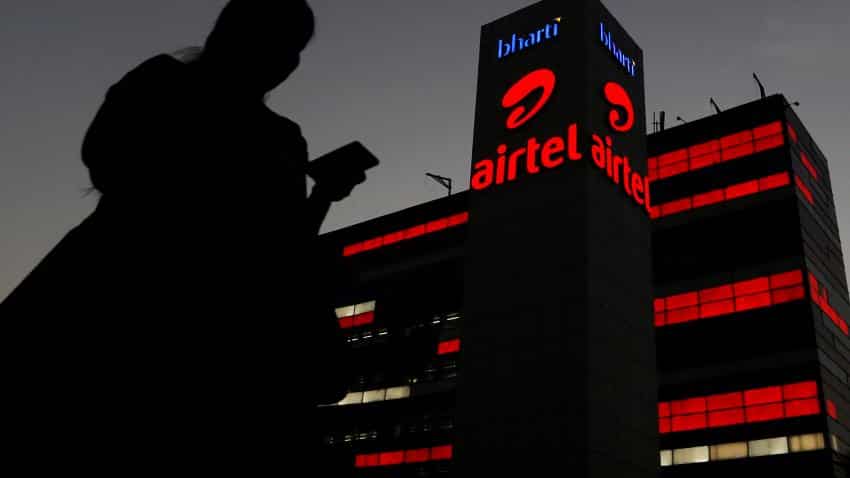 The bank will be offering an interest rate of 7.25% on deposits in savings account and money transfer to any bank account in India with free transfer only from Airtel to Airtel numbers within the banks. Image Source: Reuters
Written By: ZeeBiz WebTeam
RELATED NEWS

Airtel Payments Bank Limited (Airtel Bank), a subsidiary of Bharti Airtel Limited on Wednesday announced roll out of pilot banking services in Rajasthan to test systems and processes ahead of a full scale pan Indian launch.

Shashi Arora, MD & CEO, Airtel Payments Bank, said, “Airtel Payments Bank is fully committed to the Government’s vision of financial inclusion and banking for all. Airtel Payments Bank will play an important role in taking banking services to the last mile in a quick and efficient manner and benefit millions of unbanked citizens of this country. With this pilot, we have taken a big step towards the launch of our banking services and will be testing our operational readiness for full-scale launch across India. We would also like to use feedback from our customers to further improve our processes and look forward to serving them.”

The bank will be offering an interest rate of 7.25% on deposits in savings account and money transfer to any bank account in India with free transfer only from Airtel to Airtel numbers within the banks.

The bank also said that they will be providing personal accident insurance cover of Rs 1 lakh with every savings account and easy deposits and withdrawal facility across Airtel’s retail outlets.

“With this, Airtel Bank becomes the first payments bank in the country to go live. Customers in towns and villages across Rajasthan will now be able to open bank accounts at Airtel retail outlets, which will also act as Airtel banking points and offer a range of basic, convenient banking services. Airtel Bank will commence the pilot with banking points at 10,000 Airtel retail outlets,” the company said.

Airtel said that it has already created a network of sellers and shopkeepers that would accept digital payments from Airtel Bank on day one itself.

The company said that it has plans to expand its merchant network in Rajasthan to 100,000 by the end of the year, giving a big boost to digital payments ecosystem.

The bank would be completely digital and paperless and will offer bank account opening services and cash deposit and withdrawal facilities, the company added.

Customers would require their Aadhar number to open an e-KYC based account with the bank and the customer’s mobile number would become his/her bank account number, the company said.

Airtel Bank’s services can be accessed by Airtel customers on their mobile phones through the Airtel Money app, through USSD by dialing *400#; or via a simple IVR by dialing 400, available both in Hindi and English, the company said.

Non Airtel customers can access Airtel Bank’s services by dialing 8800688006. Customers can also visit any designated Airtel retail outlet to access services (and not just the outlet where they have opened the account).

On April 11, 2016, Airtel Bank became the first entity in India to receive a payments bank license from the Reserve Bank of India (RBI).