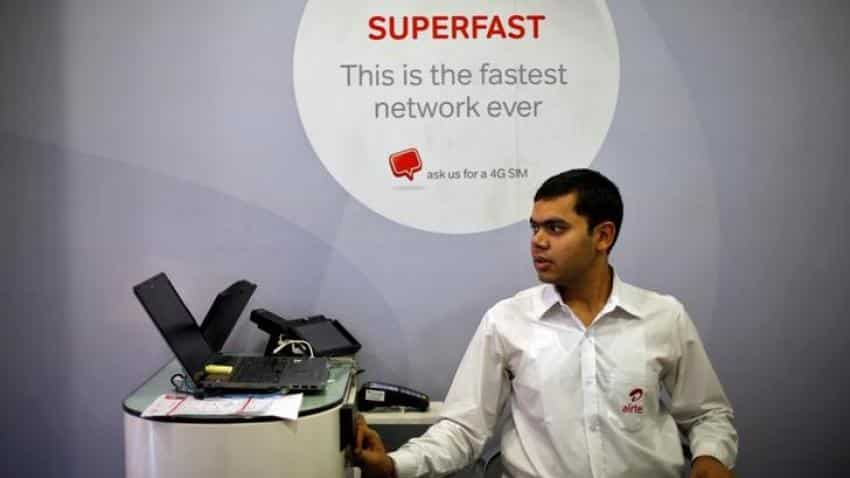 Starting January 2017, Airtel Payments Bank said that it will roll-out the many initiatives across India for promoting e-payments. Photo of Airtel employee at work. Image Source: Reuters

“Every month, it will give away 100 minutes of free Airtel to Airtel mobile talk time to 100,000 of its customers (through a lucky draw), who use digital payments for transactions,” Airtel said.

Starting January 2017, Airtel Payments Bank said that it will roll-out the following initiatives across India.

• Airtel will leverage its vast customer base of over 260 million customers and educate them on the benefits of digital payments. There will be special emphasis on educating customers with basic/feature mobile phones to use their phones to make USSD based payments.
• Customers will be encouraged and incentivised to open savings accounts with Airtel Payments Bank and make convenient digital payments using their mobile phones across a wide merchant base, in addition to earning a healthy interest rate on savings deposits.
• Airtel Payments Bank will also offer incentives in the form of surprise gifts to customers who use digital/cashless mode of payment. Every month, it will give away 100 minutes of free Airtel to Airtel mobile talk time to 100,000 of its customers (through a lucky draw), who use digital payments for transactions.

No transaction charges for digital payments

• Airtel Payments Bank will not charge any processing fee from its customers and merchants partners for digital transactions. The benefit of no added/hidden costs, will encourage both merchants and customers alike to adopt cashless payments.
• The registration process for merchants will also be completely paperless and would allow them to start accepting payments instantaneously using either an app (smartphone) or USSD (feature phone).
The company added, “Further, in order to discourage cash withdrawals from Airtel Payments Bank accounts, a minimal cash withdrawal free (~0.65% per transaction) will be levied, thereby, encouraging customers to prefer digital payments for transactions.”

The pilot service of Airtel Payments Bank has been rolled out in Rajasthan on November 23 and said that it has opened over 100,000 savings accounts in less than two weeks with its e-KYC norms.

The bank also offered 7.25% interest on deposits in the savings account and money transfer to any bank account in India.

Shashi Arora, MD & CEO – Airtel Payments Bank said, “We are fully committed to the Government’s vision of Digital India and financial inclusion. We are a fully digital bank and believe that these initiatives will add to the Government’s efforts to fast track India’s journey towards becoming a cashless economy.”

Budget 2023: Amendments related to CCI, IBC and Companies Act likely to be discussed in Budget session