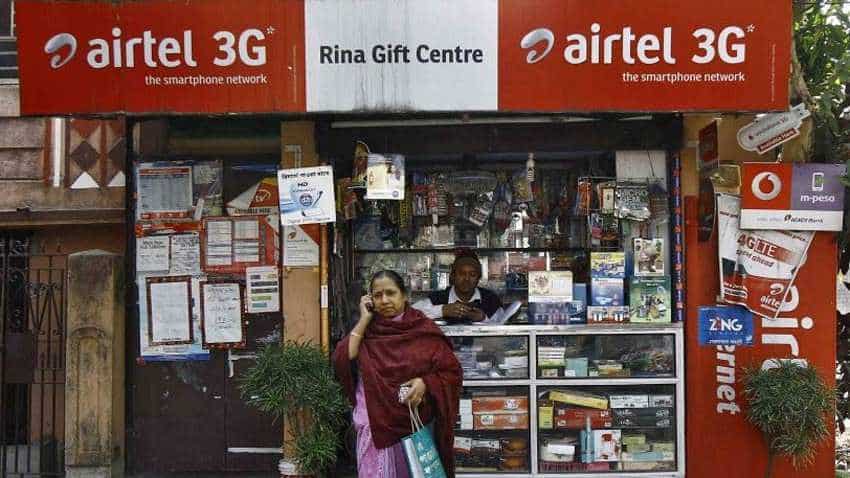 Airtel during the October-December recorded sequential quarter-on-quarter increase in average revenue per user (ARPU) of 4.1 per cent at Rs 104. Reuters

Top telecom firms like Airtel and Vodafone Idea have introduced a minimum recharge plan in November last year. It was reported that they may collectively lose around 60 million customers due to the move. Now, after losing 5.7 crore customers in December, Bharti Airtel expects more "low-end" subscribers to leave its network, according to a company official.

"This quarter we lost 49 million customers which are marginal customers and which were giving us largely incoming only revenue. Definition of customer is now revenue earning customers from service revenue rather than incoming revenue," Gopal Vittal, the MD and CEO (India and South Asia) of Bharti Airtel, said during an earnings call.

Vittal in financial report statement on Thursday said that effective October-December 2018 quarter, the company modified its customer base measurement to represent only transacting and revenue generating customers.

The company accordingly reported presence of 28.4 crore customers on its network in December.

However, when compared to subscriber data published by the Telecom Regulatory Authority of India, the company's subscriber-based dipped by around 5.7 crore.

"We have cleaned 49-50 million subscribers last quarter. This is primarily the low ARPU, low-end customers who were primarily incoming customers who have gone away from our system. This is exactly in line with whatever Gopal (Vittal) had suggested in the previous quarter. There could be some more to go here and there," Bharti Airtel Chief Financial Officer Badal Bagri said.

Airtel during the October-December recorded sequential quarter-on-quarter increase in average revenue per user (ARPU) of 4.1 per cent at Rs 104. For the month of December, based on total subscriber base at that time, Airtel recorded ARPU of Rs 118.

"Three factors for upgradtion that we see on the ARPU in this quarter -- one is minimum ARPU plan that has been a significant contributor. Second is surprise increase that we took, from Rs 99 to Rs 119 for the first part of unlimited calling with a GB of data and the third driver that has been upgrading that we have seen is because of the content packaging as part of Airtel Thanks," Vittal said.

He said that now the company is seeing signs of ARPU climbing up with all of the actions in place from the company.

Vittal said that another underlying drivers of ARPU growth will be upgrade of subscribers from 2G to 4G.

Replying to a query around Jio's gain with help of JioPhone, Vittal said that there have been some gain that competition has seen because of the subsidy they are running on 4G .

"We maintain, we are not interested in subsidising at the lower end of the market. We would much rather see upgrades coming directly from feature phones to smartphones. Large pool of customers see smartphones as an aspiration, and that is where our focus is," Vittal said.