OneWeb and others aim to expand the availability and speed of satellite-based internet compared to existing providers such as Hughes Network Systems, whose network is in a higher-altitude geostationary orbit. Hughes is also an investor in OneWeb and helping to build out its ground infrastructure. 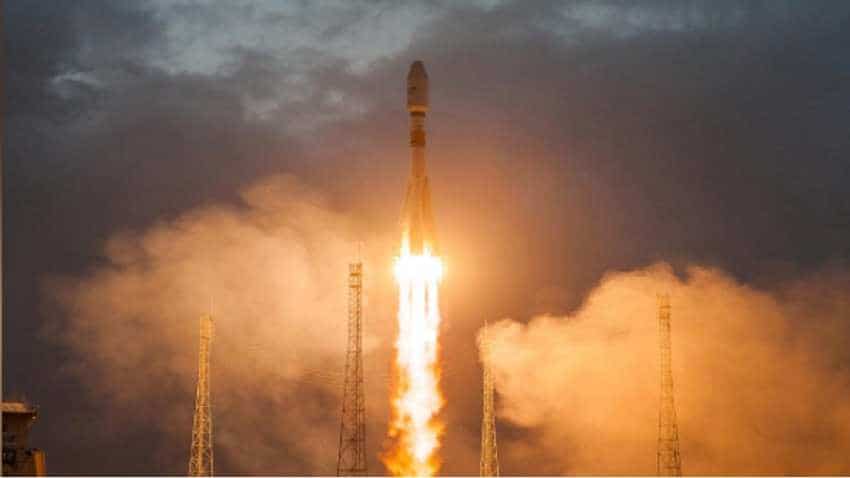 "We think our network is going to be a better network and it`s going to happen quicker than his," Branson said. Reuters

A rocket carrying six satellites built by Airbus SE and partner OneWeb blasted off from French Guiana on Wednesday, the first step in a plan to give millions of people in remote and rural areas high-speed internet beamed down from space.A successful launch could mark a new era in the satellite services industry. Companies like Elon Musk`s SpaceX, LeoSat Enterprises, and Canada`s Telesat are working to enable data networks with hundreds or even thousands of tiny satellites that orbit closer to Earth than traditional communications satellites, a radical shift made possible by leaps in laser technology and computer chips.

The growth in satellites will spur demand for rocket launch services, and a handful of venture-backed rocket companies are developing smaller boosters to deploy the smaller satellites at lower cost.
"We are looking in the next five years at potentially 10,000 satellites needing to be launched and we don`t have the launch capacity at this moment to do that," aerospace consultancy Teal Group analyst Marco Caceres said.

The refrigerator-sized satellites were expected to reach an altitude of 1,000 km (620 miles) more than an hour after launch. It could take 24 hours to fully assess the health of the satellites.

OneWeb and others aim to expand the availability and speed of satellite-based internet compared to existing providers such as Hughes Network Systems, whose network is in a higher-altitude geostationary orbit. Hughes is also an investor in OneWeb and helping to build out its ground infrastructure.

OneWeb has raised more than $2 billion from investors including Airbus, Coca-Cola, Qualcomm Inc, SoftBank and Virgin Group. It aims to have global broadband coverage in 2021 from about 650 satellites.
Virgin Group founder and billionaire entrepreneur Richard Branson told Reuters that OneWeb`s launch gives them a multi-year market advantage over principal competitor Elon Musk`s SpaceX, though enough people lack internet globally to support both constellations.

"We think our network is going to be a better network and it`s going to happen quicker than his," Branson said.

OneWeb plans to begin launching more than 30 satellites at a time every month starting as early as September so its constellation is nearly 25 percent complete by year-end, a person with direct knowledge of the project said.Other firms say they are not far behind. Telesat, backed by Loral Space & Communications Inc, is targeting 2022 for broadband services from nearly 300 satellites.
Washington, D.C.-based LeoSat Enterprises says it has already signed more than $1 billion in pre-launch provisional agreements for secure data transfers for global banks, telecoms providers and governments beginning in 2022.

FAST ASSEMBLY REQUIRED
Reuters reported a major shake-up last year at SpaceX`s Starlink project, which Chief Executive Musk has said is critical as a funding source for his broader space transportation ambitions but faces challenges on development and testing.

A person with direct knowledge of the program said SpaceX was driving toward a first "production launch" with money-making satellites in mid-2019.

SpaceX already has two test satellites in space and plans to launch a new design based on those "soon," said one SpaceX official, who asked not to be named.

SpaceX has not chosen a location to manufacture the satellites or made a final decision on how it will build, sell and service the terminals that will link the satellite-based internet to users, people with direct knowledge of the project said.

Musk told employees in at least one meeting last year that SpaceX could decide to sell broadband to existing internet providers initially and worry about building out its own Earth infrastructure later, according to a person who attended the meeting.

A SpaceX official said its initial batch of satellites were currently being manufactured, and its internal launch targets were on track, but the company has not announced a launch date.

The OneWeb project has forced Airbus to rethink the way it builds satellites, overhauling a painstaking, bespoke effort to introduce industrial methods and speed using assembly lines and automation.

The two companies plan to open what they say is the world`s first satellite mass-production factory at Florida`s Kennedy Space Center in March for $85 million. Production will ramp up to 15 satellites per week at a cost of $1 million per satellite, executives say.

"That`s revolutionary in an industry where it costs $50 million to build one satellite and normally takes months and a team of engineers to do," Gingiss said.

OneWeb has ground stations in Canada, Italy and Norway that allow the satellites to communicate with Earth, and has signed a partnership with Qualcomm to develop the technology that links the internet from space to different users, such as airlines.