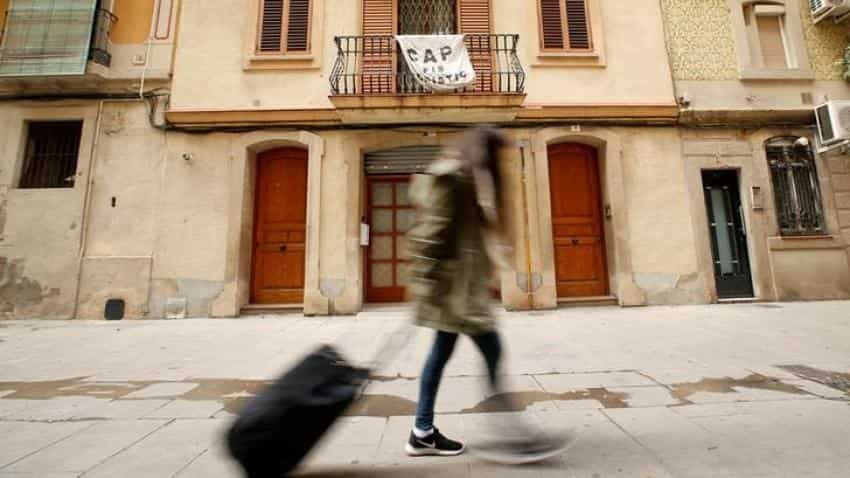 A banner against apartments for tourists hangs from a balcony as a woman pulls a suitcase at Barceloneta neighborhood in Barcelona. Image Source:Reuters
Written By: Reuters
RELATED NEWS

In a moment of peace-making with regulators, Airbnb on Wednesday released a set of policy suggestions for governments that are considering new laws for home- and apartment-renting.

The document, which comes on the heels of concessions with cities including New York City, offers suggestions for collecting lodging taxes from Airbnb hosts, strategies to allow residents to rent their home without offending neighbors, suggestions on limiting the number of nights a home can be rented and setting up a permitting system.

The document is "a resource for governments to consider as they draft or amend these rules," the company said in blog post. "We want to work with lawmakers to get this right."

The report is the latest conciliatory gesture from Airbnb, a San Francisco-based online lodging service that investors value at $30 billion. This week, the company also agreed to drop a lawsuit against New York

City over a new short-term rental law and enforce rental restrictions in the key markets of London and Amsterdam.

The string of concessions mark an about-face from the startup`s previous strategy of either ignoring regulators or outright defying them. That strategy resulted in an intensifying global battle with regulators from which Airbnb now appears to be backing down.

Chief Executive Officer Brian Chesky has said that the company was slow to engage with cities on the business model and potential implications to neighborhoods and rental markets. Critics in cities with tight housing markets such as New York and San Francisco say that Airbnb enables landlords to evict people and convert their apartments into short-term rentals, which takes affordable housing off the market and drives up rental prices.

"The vast majority of activity on Airbnb is by ordinary people making median income," Chesky said in an interview with Reuters last month at an Airbnb conference. "I did not anticipate and appreciate there would be so many property management companies and unscrupulous landlords that would list so many properties (on Airbnb) in some cities. That is a problem."