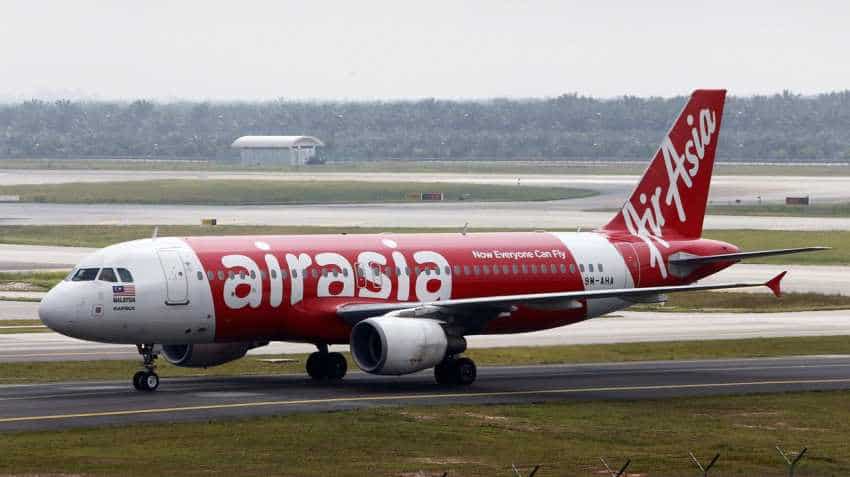 AirAsia group CEO Tony Fernandes is so confident the carrier`s Southeast Asian fare will be popular with diners on the ground that he is aiming to franchise the concept internationally, Photo: Reuters
Written By: Reuters
RELATED NEWS

Airline food has long been the butt of travellers` jokes, but Malaysia`s AirAsia Group Bhd is seeking to turn that notion on its head - opening its first restaurant on Monday featuring dishes based on its in-flight menu.

AirAsia group CEO Tony Fernandes is so confident the carrier`s Southeast Asian fare will be popular with diners on the ground that he is aiming to franchise the concept internationally, with a New York outlet an ultimate goal.

"Our dream is to have one in Times Square," he said.

The carrier, which pioneered the budget airline model in Asia - including charging extra for food - launched its flagship Santan and T&CO restaurant at a mall in Kuala Lumpur, marking its first foray into the retail food business.

The name "Santan", already used on AirAsia`s in-flight menus, is taken from the coconut pulp milk that is a staple in Southeast Asian cooking.

Goh said a product development team of five chefs and culinary arts students took 9 months to come up with the rest of the menu.

"For example, they would meet with our Philippines colleagues, who will shortlist the best restaurants where they will try the dishes and try to replicate the flavours," she told Reuters.

"Once they`ve developed the product they will send it to the Filipino team to get their feedback, whether it`s authentic enough."

AirAsia plans to open five outlets this year, and 100 over the next three to five years.

"We decided to own several restaurants but the bigger business would be franchising, really, because we feel we want to harness young entrepreneurial talent around the region who would like to be part of this business," said Aireen Omar, group president of AirAsia`s non-airline subsidiary RedBeat Ventures.

Aireen said AirAsia`s digital business, focused on e-commerce and lifestyle offerings, has the potential to overtake its airline business.

AirAsia embarked on a diversification drive to become an asset-light, digitally focused firm after the $1 billion sale of its leasing business in March 2018.

Its non-airline businesses include financial services BigPay, and travel and lifestyle arm AirAsia.com, which Fernandes said are targeted to be earnings positive in 2021 and next year, respectively.