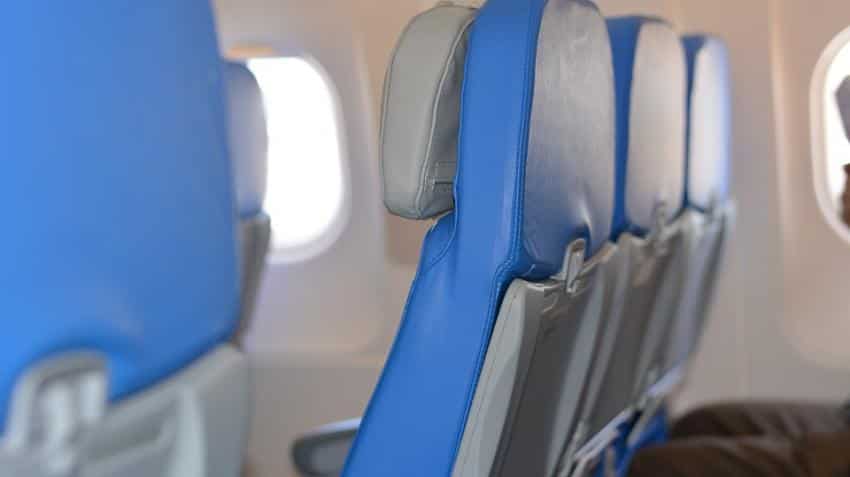 Passengers who flew via domestic carriers stood at 95.68 lakh in the month of June. Image Source: Pixabay
Written By: ZeeBiz WebTeam
RELATED NEWS

The total number of passengers carried by airlines fell for the first time in five months, the directorate general of civil aviation (DGCA) report showed on Wednesday.

Passengers who flew via domestic carriers stood at 95.68 lakh in the month of June.

Airlines operated with majority empty seats as passenger load factor (PLF) were lower for almost all airlines during the month as against May 2017. 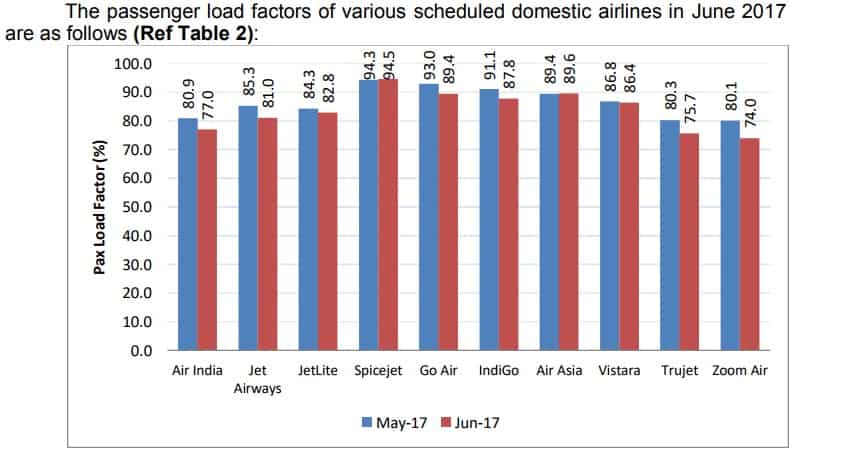 Passengers carried by all domestic carriers dropped with IndiGo recording the highest decline of 3.65 lakh lesser passengers in June as compared with May.

“The passenger load factor in the month of June 2017 has shown declining trend compared to previous month primarily due to the end of tourist season,” DGCA report said.

The air passenger traffic had fallen in February to 86.55 lakh from 95.79 lakh in January this year, after which it consistently improved.

SpiceJet recorded the highest PLF in the month of 94.5% as against 94.3% the previous month and AirAsia also had higher PLF of 89.6%.

The market share of all domestic carriers dropped during the month with the exception of SpiceJet, Air India, AirAsia and Vistara that improved market share in June minimally.

Market leader IndiGo’s market share in the month fell from 41.2% in May to 40% in June.

IndiGo’s cancellation flight rate also shot up during the month from 0.14% the previous month to 3.34% in June. 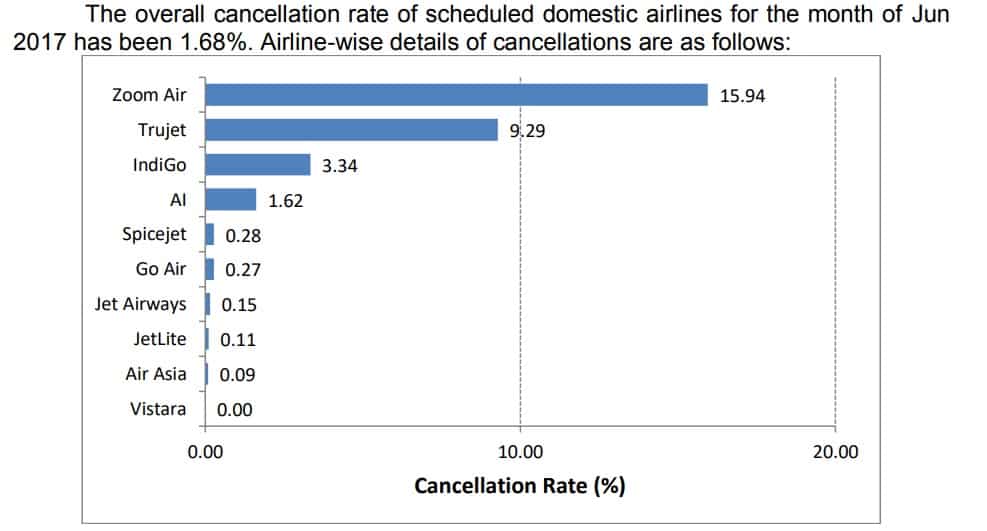