Air India to be sold off, but will it stay in Indian hands? Check what Union minister said 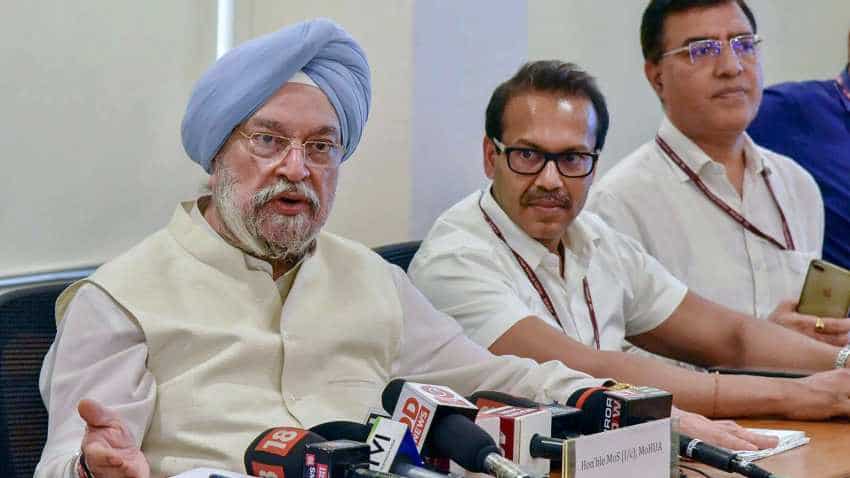 The Modi 2.0 Government announced on Thursday that 'unsustainable debt burden' was the major reason for national air carrier Air India's downfall and the central government was fully committed to disinvestment of the national aviation company. Speaking on the matter Civil Aviation Minister Hardeep Puri said that as soon as the government has the provisional figures and the alternate mechanism for the disinvestment of Air India in substantive motion, the process of strategic disinvestment will be started.

"We believe the government`s scarce resources should be utilized in the other development scheme. And this is area privatization and disinvestment will work," said Hardeep Puri while replying to supplementaries in the Lok Sabha during the question hour. The Union Minister further said that privatisation of Air India was for the benefit of people and the government will do its best to ensure that the company is purchased by an Indian entity.

"It is not the government which has failed to attract passengers. Air India, in fact, is a first class asset. It has 125 planes. Half of them are flying in 40 international directions and 80 in domestic destinations. It is doing extremely well. The problem is that it has taken an unsustainable debt burden. It is servicing of that debt burden which is a problem," said Puri. The minister said the government was committed to the strategic disinvestment of Air India as NITI Aayog in its recommendations had given the rationale for the disinvestment of Air India and has referred to the fragile finances of the company, among various other reasons.

"It is for the benefit of the Indian citizens that the government has decided to privatise it," he said.

Hardeep Puri went on to add that the government will do its best to ensure that the Air India is purchased by an Indian entity so that the citizens` best interests are protected. To a question on the decline of the domestic civil aviation market, Puri said that it is only a `narrative` that the domestic civil aviation market is declining."In fact, it has seen a steady annual growth of 17 per cent. Contrary to the speculation, the number of flights haven`t gone down either," he said. He, however, said the high cost of Aviation Turbine Fuel (ATF), the global economic slowdown, low yields due to the intense competition are some reasons that have contributed to the widening gap between revenue and expenses in the airline industry.

"Over the years, the operational costs for airlines have gone up mainly due to the increase in fuel prices and the depreciation of Rupee," Puri said in a written reply.