Air India has started flying with the logo of Mahatma Gandhi to commemorate his 150th birth anniversary later this year. 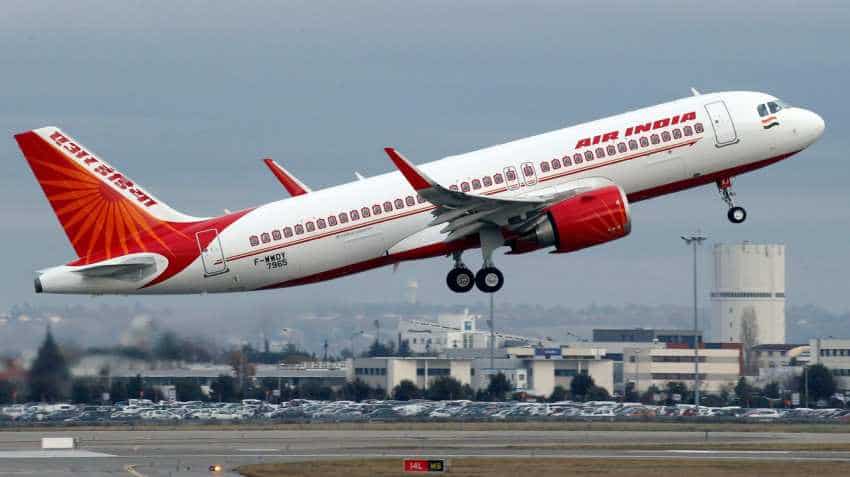 Air India has started flying with the logo of Mahatma Gandhi to commemorate his 150th birth anniversary later this year. Image source: Reuters

Air India has started flying with the logo of Mahatma Gandhi to commemorate his 150th birth anniversary later this year. Right now only two aircraft have been painted with the logo of the Father of the Nation on the left side of the fuselage and the rest of its fleet of 163 aircraft would also sport his image in due course.

"The logo to commemorate Mahatma Gandhi's 150 year birth anniversary was embossed on Air India's Airbus A319 and A320 aircraft last week. The two aircraft have since been operating on both domestic as well as international routes.

"The plan is to have all 163 aircraft belonging to Air India, Alliance Air and Air India Express to be embossed with the logo within the next 3-months. It takes about 5-hours to get the logo embossed on an aircraft. After that it is thrust back into service," the official said." a senior Air India official told IANS here.

"We will also unveil the logo on one of the Airbus aircraft during the upcoming Aero India Show to be held in February in Bengaluru," he said.

Currently, Air India has 125 aircraft under its main brand which will be embossed with the logo. Besides, the Air India Group has 23 aircraft with its subsidiary Air India Express and 15 planes with Alliance Air.

The airline also plans to play Gandhiji's favourite bhajans on its flights, apart from playing short videos on the Mahatma on international flights.

The government also plans to have Gandhiji's pictures on trains, metro rail, and State roadways buses.