The airline during the period increased capacity by 21% in addition to a higher utilisation of the fleet. 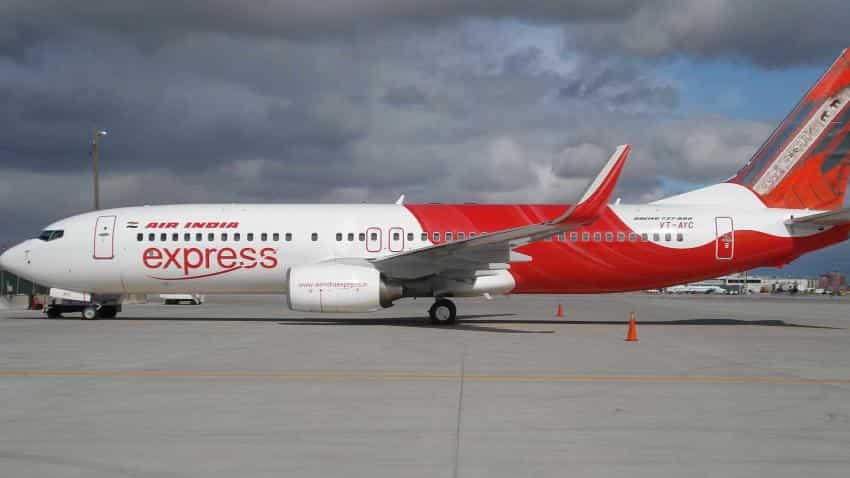 The airline carried 1.64 million passengers during the period while the seat factor stood at 79%. Photo: Official Website
Written By: PTI
RELATED NEWS

Higher capacity deployment and introduction of new flights helped Air India Express report an 18% increase in operating revenue to Rs 1,897 crore in the April-September period of the current fiscal.

The airline's operating revenue in the first of the 2014-15 stood at Rs 1609 crore, "According to the unaudited earnings, which the board approved at its meeting yesterday, our operating revenue surged 18% to Rs 1,897 crore during the first half of the current financial year," Air India Express Chief Executive Officer K Shyamsundar told PTI.

The airline during the period increased capacity by 21% in addition to a higher utilisation of the fleet, he said, adding, "all this resulted in posting a profit of Rs 415 crore in the first six months of the current fiscal."

The Kochi-based low-cost airline turned profitable in the last fiscal, posting a profit of Rs 362 crore on the back of lower fuel prices and improved revenues over the past year on the back of flying more people per flight.

The airline carried 1.64 million passengers during the period while the seat factor stood at 79%, he said.

Load or seat factor is a measure of how much of an airline's passenger carrying capacity is used or average percentage of seats filled in an aircraft.

Air India Express added four more leased Boeing B737-800 planes in its fleet during the April-September period of this fiscal, taking the total number of planes with the airline to 21, he said.

"The first half of the fiscal year also witnessed start of new operations to Dubai, Abu Dhabi, Sharjah and Damam from New Delhi, Chandigarh, Tiruchirappalli and Kochi," Shyamsundar said.

With the induction of two more B 737-800 NG aircraft in the 3rd quarter, the airline's fleet size now stands at 23.

With an enhanced fleet size, the airline plans strengthening of its presence in the North Indian markets and additional flight operations from its core markets in South India," he said.

According to Shyamsundar, after Air India Express commences operations on the Kozhikode- Riyadh route from December 2, it will be operating flights to 15 overseas destinations from as many airports here.

AIE has also decided to offer ticket booking facility through net banking, in addition to the existing credit/debit card- based online payment mode in the wake of Government's increase thrust on digital payments, he said.