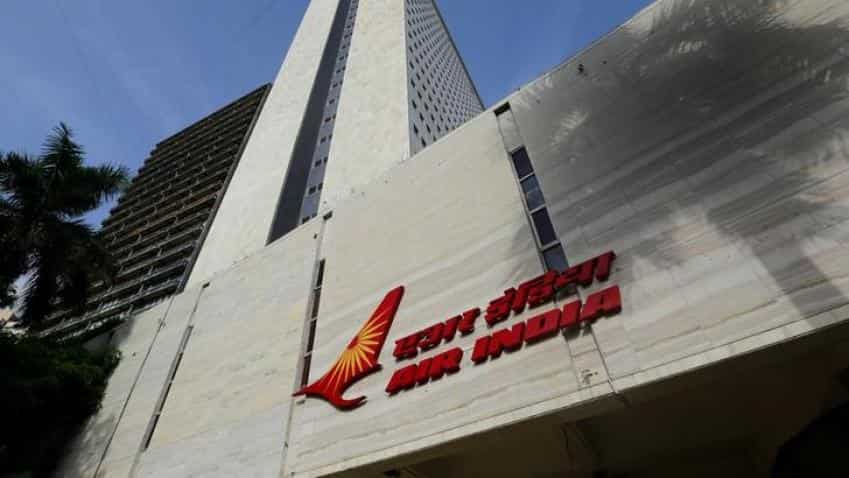 The Air India logo is seen on the facade of its office building in Mumbai. Photo: Reuters
Written By: Reuters
RELATED NEWS

India is considering selling state-owned Air India in parts to make it attractive to potential buyers, as it reviews options to divest the loss-making flagship carrier, several government officials familiar with the situation said.

Prime Minister Narendra Modi`s cabinet gave the go-ahead last month for the government to try to sell the airline, after successive governments spent billions of dollars in recent years to keep the airline going.

Air India - founded in the 1930s and known to generations of Indians for its Maharajah mascot - is saddled with a debt burden of $8.5 billion and a bloated cost structure. The government has injected $3.6 billion since 2012 to bail out the airline.

Once the nation`s largest carrier, its market share in the booming domestic market has slumped to 13 percent as private carriers such as InterGlobe Aviation`s IndiGo and Jet Airways have grown.

Previous attempts to offload the airline have been unsuccessful. If Modi can pull this off, it will buttress his credentials as a reformer brave enough to wade into some of the country`s most intractable problems.

His office has set a deadline of early next year to get the sale process underway, the officials said, declining to be named as they were not authorized to speak publicly about the plans.

The timeline is ambitious and the process fraught, with opinion divided on the best way forward: should the government retain a stake or exit completely, and should it risk being left with the unprofitable pieces while buyers pick off the better businesses, officials said.

Already, a labour union that represents 2,500 of the airline`s 40,000 employees has opposed the idea of a sale even though it is ideologically aligned to Modi`s Bharatiya Janata Party.

Officials who have to make it happen are grappling with the sheer scale of the exercise. Air India has six subsidiaries – three of which are loss-making – with assets worth about $4.6 billion.

It has an estimated $1.24 billion worth of real estate, including two hotels, where ownership is split among various government entities.

No one has properly valued the company`s various businesses and assets before, two officials with direct knowledge of the process said. Earlier this month, about $30 million worth of art, including paintings by artist M. F. Husain, went missing from its Mumbai offices, chairman Ashwani Lohani said.

A committee of five senior federal ministers, led by Finance Minister Arun Jaitley, is expected to meet this month and begin ironing out the finer details of the plan. Besides deciding about the size of the stake sale, the panel will set the bidding norms. It will also take a call on the carrier`s debt, demerger and divestment of its three profit-making subsidiaries.

Modi`s office has said the government has no business being in hospitality and travel, suggesting the prime minister wants to sell as much of Air India as possible, the officials said.

Analysts say the government may prefer to keep the airline in Indian hands. At least two potential Indian suitors – the Tata Sons conglomerate and IndiGo - have shown early interest.

In recent weeks, officials in Modi`s office and from the civil aviation ministry met Ratan Tata, the patriarch of the $100 billion-a-year Tata Sons, to gauge the company’s interest in a deal, a close aide to Modi said.

Tata would be an attractive buyer for the government. The company founded and operated Air India before it was nationalised in 1953.

"Seems like Tata will come forward and make the best offer," the aide said, adding the government would be keen to see that jobs are not lost.

Tata, however, already has two other airline joint ventures in India, and it`s not clear what parts of Air India it would be interested in. A Tata spokeswoman declined to comment.

IndiGo said on Thursday it was interested in the international operations and in Air India Express, a low-cost carrier.

Modi`s office has told officials to work out exactly how much each of Air India`s subsidiaries are worth to make it easier to break up the carrier if needed, two of the officials said. The government is expected to appoint outside consultants to help with the exercise.