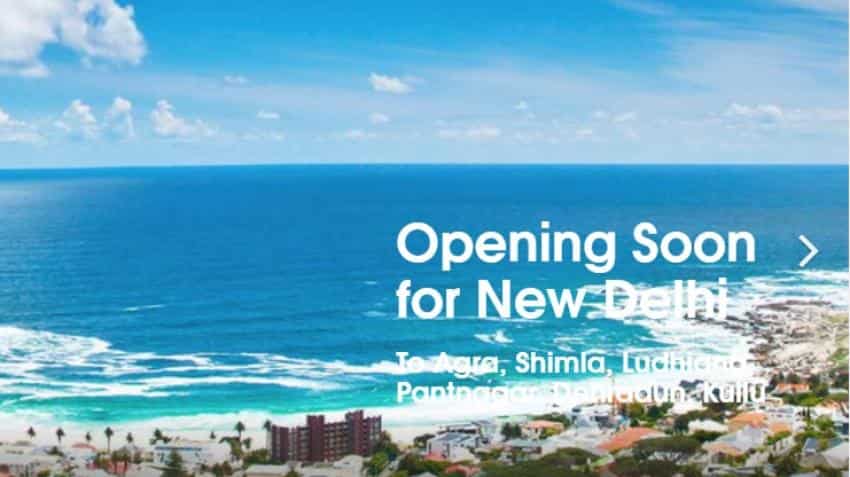 The maiden flight would take off at around 12 p.m., from here to Jalgaon, about 410 km to the northeast of the Maharashtra capital. Image Source: Air Deccan website

India`s first low-cost carrier Air Deccan is taking to the skies again on Saturday after a decade, connecting Mumbai with Jalgaon in northern Maharashtra under the `Udan` regional connectivity scheme.

"We have received the regulatory authority`s (Directorate General of Civil Aviation) approval and would commence our operations on Saturday from Mumbai to Jalgaon," the airline`s founder Captain G.R. Gopinath told IANS.

The maiden flight would take off at around 12 p.m., from here to Jalgaon, about 410 km to the northeast of the Maharashtra capital, an Air Deccan official said.

As per schedule, the airline would also be flying to Pune from Nashik at 6.20 p.m. on Saturday.

The airline would be employing a Beechcraft 1900D, an 18-passenger twin-engine fixed-wing aircraft for the routes.

`Udan` is the regional connectivity scheme of the central government aiming to make air travel affordable and widespread in all regions of the country.

Headquartered in Bengaluru, Air Deccan was founded in 2003 by Gopinath, a retired Indian Army captain.

The airline had first launched its operations in August 2003 with a flight from Bengaluru to Hubballi, about 400km to the northwest of Bengaluru.

The company had merged with the now defunct Kingfisher Airlines in 2007 had later ceased its operations in 2008 owing to losses.

Air Deccan to launch flight services to Ahmedabad from Nashik