The civil aviation ministry is looking at ways to bring in transparency in the practice of overbooking by airlines, according to a senior official. 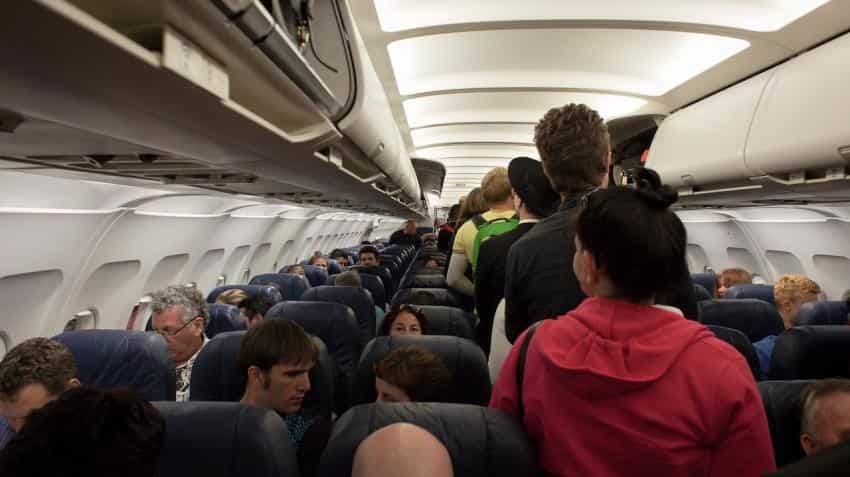 The government is considering steps to ensure transparency in the practice of overbooking seats by airlines amid public outrage over a US carrier forcefully offloading a passenger from a packed flight.

Overbooking of a flight has been a long-standing practice in the airline industry as seats are considered as a "time sensitive and perishable" product once the flight takes off.

While the practice is aimed at ensuring all seats are occupied in a flight, there have been concerns over the possibility of a passenger with a valid ticket unable to travel in case of seats being oversold.

The civil aviation ministry is looking at ways to bring in transparency in the practice of overbooking by airlines, according to a senior official.

Right now, there is no particular framework or system to have a clear understanding about the practice of overbooking.

Various ideas, including measures that can be put in place for cases where the ticket of a passenger who does not show up at the airport can be given to another passenger, are being discussed, the official said.

Another idea could be the possibility of auctioning the overbooked tickets in a transparent manner within a specified timeframe before take-off of the particular flight, the official added.

Preliminary discussions on ways to bring in transparency in the practice of overbooking air tickets have been held among the ministry and the Directorate General of Civil Aviation (DGCA) officials.

Earlier this month, a passenger with valid ticket was forcibly evicted from an aircraft by the US-based United Airlines, sparking global outrage. Following the incident, the practice of overbooking has become a talking point.

Last week, global airlines' grouping IATA said carriers should be permitted to continue with the overbooking practice as seats in a flight are a time sensitive and perishable product.

"Airlines should be allowed to continue long-established overbooking practices. The airline business is unique in that once a flight takes off, the seats on that flight are no longer available for sale; it is a time-sensitive, perishable product," IATA had said.

It had also said airlines can, with a degree of certainty, overbook a flight, considering the number of no- shows expected.

Official data show that more passengers are being denied boarding by Indian carriers on account of multiple reasons, including possible overbooking.

Under Indian regulations, a passenger can be denied boarding for a particular reason and provided with an alternative option subject to certain conditions.

The DGCA does not make public specific reasons for a passenger being denied boarding by a domestic carrier. Industry experts said overbooking can well be a factor, apart from security issues.

As per the latest data available with the aviation regulator, a total of 18,242 passengers were denied boarding by various airlines during April 2016 and February 2017, nearly double the number compared to the year-ago period.