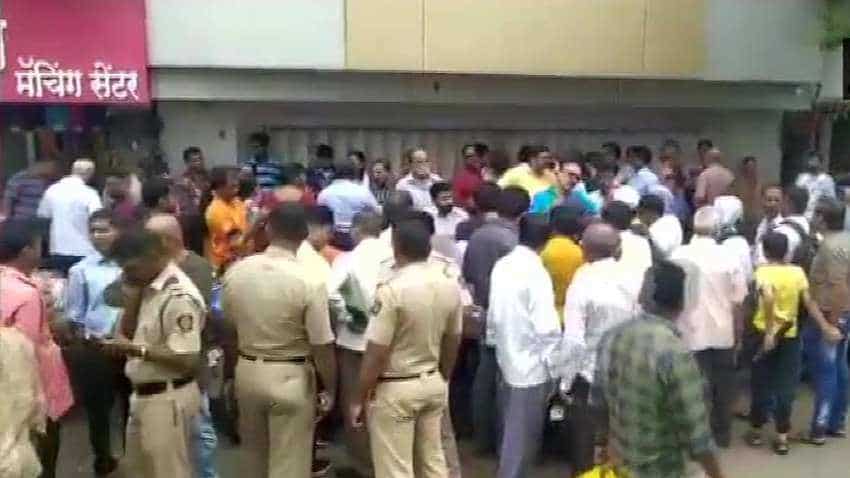 A large number of people have invested in the gold schemes of Goodwin Jewelers. The condition of people investing in Goodwin Jewelers is bad due to shutdown of their showrooms.
Written By: ZeeBiz WebTeam
Edited By: Hardik Bansal
RELATED NEWS

The Punjab and Maharashtra Co-operative Bank (PMC Bank) scam is still in the news and the rumors of another big scam in Maharashtra has caught fire. The investigating agencies have started tightening their nerves on the famous jeweler chain named Goodwin Jewelers of Maharashtra. All the showrooms of Goodwin Jewelers in Mumbai (Mumbai) have been closed for the last several days and their owners are said to be absconding. The closure of the stores on the occasion of Diwali, in itself expresses the possibility of a big event.

According to the news published in the Times of India, when the Mumbai Police reached the residence of the owners of Goodwin Stores in Dombivali, the house was also found locked. Police have sealed the showroom of Goodwin Stores. Police has also registered a case against the manager, including two directors of the group.

It is being told that the office of Goodwin Jewelers located in Dombivli has been closed since last October 21. Initially, investors were told that the office and showroom were closed for only two days, but when these showrooms did not open on Dhanteras and Diwali, and there was a stir among the investors. Some people even created a ruckus outside the Goodwin Jewelers store in Thane on Sunday, on Diwali.

According to Dombivli police, on Saturday, about 35 people came to the police station and informed about the closure of the Goodwin Jewelers. On Sunday, 54 more people lodged a complaint with the police. These people have invested around Rs 3 crore in Goodwin Jewelers.