With the price revision, 1 litre of toned milk would cost Rs 42 while full cream would be available for Rs 52. 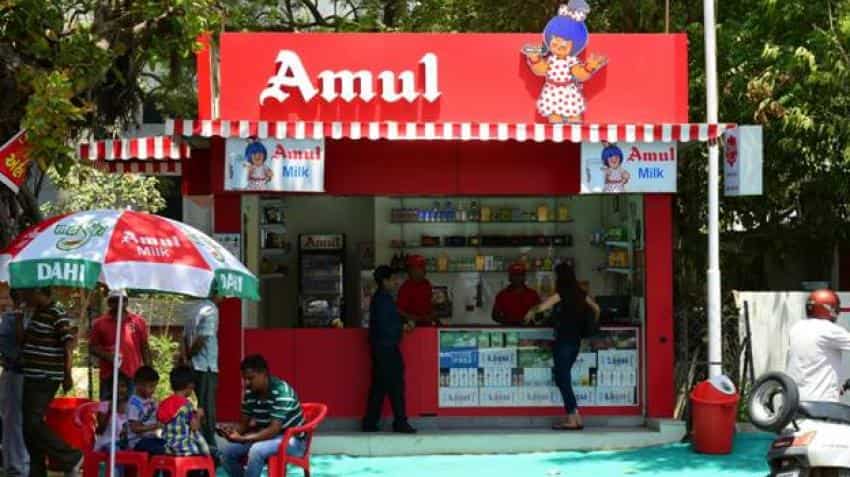 Dairy major Amul has hiked the price of milk sold in the Delhi-NCR region by Rs 2 per litre, close on the heels of Mother Dairy effecting an increase.

With the price revision, 1 litre of toned milk would cost Rs 42 while full cream would be available for Rs 52.

"We have increased the price by Rs 2 per litre of all milk variants. Our milk procurement cost has gone up because farmers are charging more as their input cost has increased," Gujarat Cooperative Milk Marketing Federation (GCMMF) Managing Director R S Sodhi told PTI. The revised prices are effective from today.

GCMMF sells milk and milk products under the 'Amul' brand. The company sells 30 lakh litres of milk per day in Delhi-NCR market, all in poly packs. In the Delhi-NCR region, Amul had last increased milk prices in June 2016.

Earlier this month, Amul had increased the prices of milk in other markets, including Gujarat, Maharashtra and West Bengal.

On Friday, rival Mother Dairy announced up to Rs 3 per litre increase in milk prices in Delhi-NCR and other cities, citing significant rise in procurement rates.

Mother Dairy, a major player in Delhi-NCR with sales of about 30 lakh litres per day, had last increased the prices of poly pack in July 2016 and that of token milk in May 2014.

As per Mother Dairy's new rates, full cream milk would cost Rs 52 per litre against Rs 49 earlier, while toned milk is priced at Rs 42 compared with Rs 39 per litre. The price of double toned milk has been raised to Rs 38 from Rs 35 per litre.

However, consumers would have to pay Rs 26 for a half- litre pack of full cream milk against the existing Rs 25. The rate of toned milk has been increased to Rs 21 from the earlier Rs 20 for a half-litre pouch. The half-litre double toned milk pack will cost Rs 19 against Rs 18 earlier.

In case of token milk, the prices have been increased to Rs 38 from Rs 36 per litre. Cow milk would be sold at Rs 42 per litre from Rs 40.