After Idea, Airtel slashes data tariffs up to 67% ahead of Reliance Jio launch

Reliance Jio now has over 1.5 million test users on its network just over seven months since its test launch. 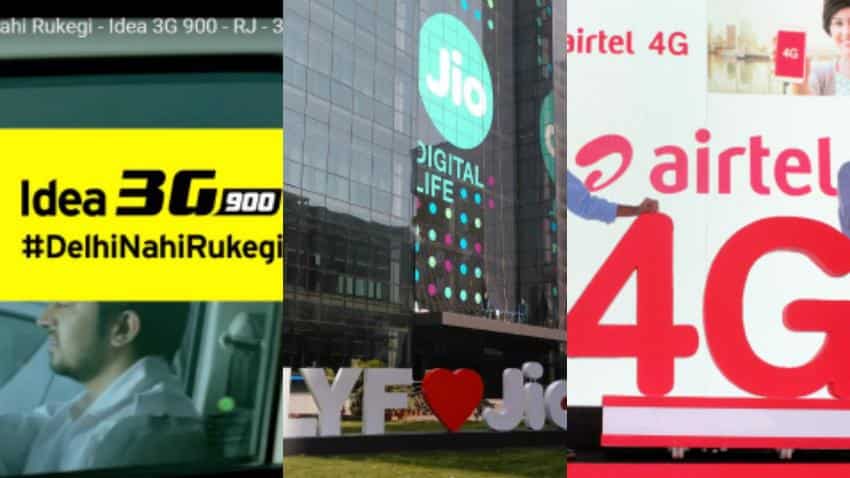 Airtel prepaid users will get 50% data back during "happy hours"

Following Idea Cellular, now telecom major, Bharti Airtel, on Sunday, announced reduction in pre-paid data tariffs by increasing data benefits up to 67% on some of its pre-paid data recharge packs.

In a media statement, Ajai Puri, Director of Operations (India & South Asia), said, "Given the deepening smartphone penetration and Airtel’s roll-out of data networks across India, we believe these packs will also drive affordability and bring new users online".

The company announced its decision two days after Aditya Birla Group company, Idea slashed the data tariffs by providing benefits up to 45%.

The tariff war among the telecom companies has begun ahead of possible launch of Reliance Jio next month. The companies are reducing its tariffs to maintain their market share, as Reliance Jio may give them a strong competition.

Earlier, ZeeBiz had reported that Reliance Jio now has over 1.5 million test users on its network just over seven months since its test launch.

On Saturday, Reliance Industries in its financial report mentioned that Reliance Jio an average monthly consumption per user is in excess of 26 GB and is increasing rapidly.

According to Nokia MBiT study released in March 2016, this is several times higher than the average data usage currently in India which is at 753 MB per month through 3G data, while globally it is in the range of 800 MB to 1 GB per month.

Airtel prepaid users will get 50% data back during "happy hours"