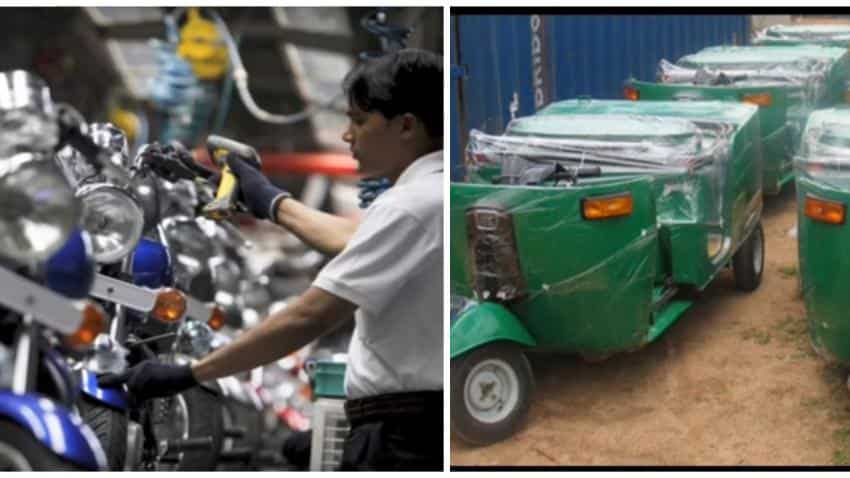 Even as auto sector is heaving a sigh of relief with 20% jump in domestic sales last month, pain point in the export market seems to be developing.

Exports of two- and three-wheelers have been on the decline since the beginning of this fiscal. The situation begets more attention as two-wheeler alone accounts for 80% of the market.

Led by above two, overall exports  by auto companies fell by nearly 11%, at 17.57 lakh units versus 19.67 lakh units in corresponding first half of last year.

Presently the African markets account for around 35% of exports from Bajaj Auto while TVS Motors export, chiefly to Nigeria and Kenya.

John explained,"Over the last 2-3 quarters, there has been a considerable decline in the exports of two-wheelers and three-wheelers to Africa, owing to a fall in crude oil prices and devaluation of key African currencies."

The current situation in Africa has made every analyst wonder if whether they have ran out of fuel.

"Stability crude prices and gains in African currency values and consequent lowering of inflation are key to a sustained rise in two-wheeler and three-wheeler exports from India," explained John.

"Inflationary pressures have dented the purchasing power of the countries and the situation does not appear to be a short-term phenomenon," John said.

Going ahead, regulatory measures is another reason why these two segments' are affected.

Sri Lanka increased the customs, import and excise duty which was, as per various analysts, a barrier for Indian auto companies such as Bajaj Auto and TVS Motors.

As per the new revision in Sri Lanka, motorcycle segment saw rise in taxes by 100% from the current 61%.

Bajaj Auto reports marginal rise in total vehicle sales at 2,75,868 units in May