Bengaluru is getting ready to host the Aero India air show from February 20-24 at the Yelahanka air base of the Indian Air Force. 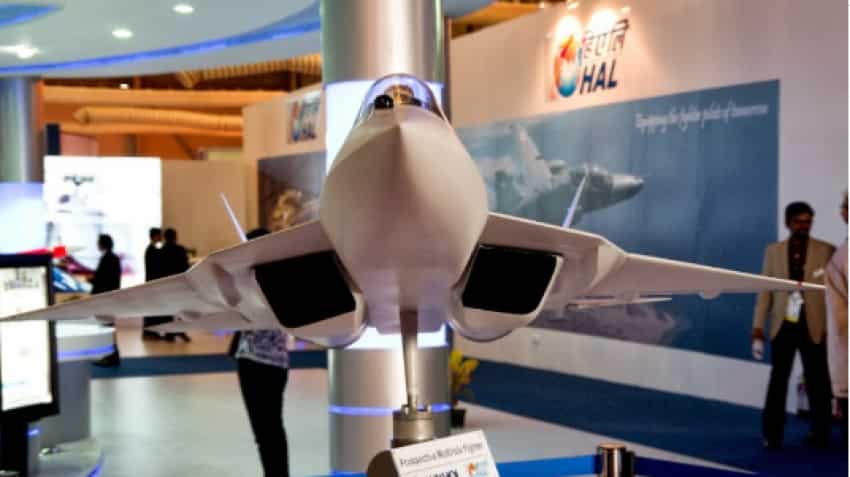 The five-day Aero India air show is likely to be flagged off by Prime Minister Narendra Modi though there was no official confirmation from the organisers. Image source: Aero India website

Bengaluru is getting ready to host the Aero India air show from February 20-24 at the Yelahanka air base of the Indian Air Force. "The preparations for the 12th edition of the Aero India are in full force for the exhibitions and the air show that will take place," Air Commodore Ravuri Sheetal of the Yelahanka Air Force Station told reporters in Bengaluru. State-run Hindustan Aeronautics Ltd (HAL) is organising this edition of the biennial air show at the air base, located on the outskirts of this city.

The five-day event is likely to be flagged off by Prime Minister Narendra Modi though there was no official confirmation from the organisers. A total of 31 flying aircraft and 22 static display aircraft will take part in the air show. HAL`s Light Combat Aircraft (LCA) Tejas, Light Utility Helicopter (LUH), multi-role fighter jet Sukhoi Su-30MKI, city-based National Aeronautics Laboratories` (NAL) Saras PT1N and French aerospace major Dassault Aviation`s Rafale are among the aircraft that will be flying.

The flying display will take place at the air base between 10 a.m. and 12 p.m. and from 2 p.m. to 5 p.m. A total of 360 exhibitors, including 196 from India and 164 from foreign countries, will be showcasing their products in the aerospace and defence sectors. Global aerospace majors including Boeing (US), Lockheed Martin Corp (US), Russian Aircraft Corp MiG (Russia), Saab (Sweden), Dassault Aviation (France) and European aerospace firm Airbus will be among the exhibitors.

The number of companies registered so far, however, was down from the previous edition of Aero India in February 2017, when 549 companies and 72 aircraft took part. About 35,000 square metres of exhibition space will be available for the exhibitors. "Drone olympics, student pavilions, start-up challenge and photography contest are among the highlights of this edition`s Aero India," the Air Commodore said.

February 23 will be marked as `Women`s Day` during the event, with panel discussions and flying displays undertaken by female personnel. "Indian-born American astronaut Sunita Williams is likely to be part of the event," the official added. With over 5.4 lakh visitors including exhibitors, general public and delegates, taking part in the air show in 2017, the organisers expect more to take part this year.

"There will be multi-level security around the air base with personnel from state and central agencies in view of the thousands of visitors," he said.

Aero India takes off with dazzling flying display in Bengaluru