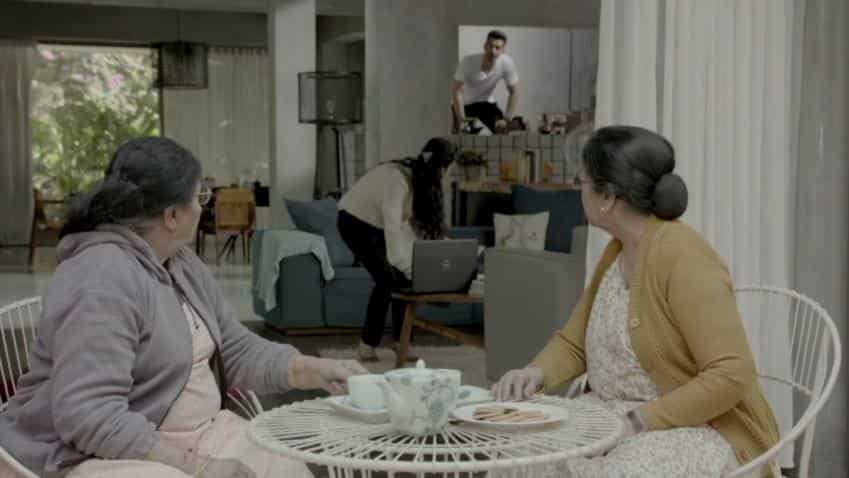 Women's Day: Here's how much a woman can save on house loans

Women's Day: Grow your money by investing in these options

The fine print on the outdoor ads launched by Arvind’s Flying Machine in 2011, were supposedly the main focus of the ad promoting ‘a healthy body type’ and what got them in trouble.

The brand that sells apparel was pulled up by the Advertising Standards Council of India (ASCI) in September last year for its ads being offensive and sexist in nature.

One of the ads by the company had the words ‘What an Ass!’ in bold pink pasted on a picture of a woman's backside with a tag line -- ‘Stretch denims that flatter your body type.’ Flying Machine went on to printing two more ads of similar nature for its denim products that the company claimed was ‘360 degree stretch and retained shape with its soft fabric.’

At the time, back in 2010, JK Cement came out with an ad that was very relevant to the cement product.

Much like Flying machine, it also side-lined its product with the main focus on a woman twirling in front of a temple.

Emphasising on the Indian woman’s need to be fair, this ‘skin lightening cream’ ad from 2012, like many of its past advertisements, pushed for ‘Fair and Lovely’ women in order to steel the limelight.

And then there was the general premise to any men’s deodorant ad ever made like that of Nivea using Arjun Rampal in 2013 and women flocking to him making desirable expressions.

Last year, Bollywood actress, Shraddha Kapoor, was seen in a Lipton Green Tea ad that helped reduce belly fat. However the ad failed to mention any case of men having fat bellies and ended with the punch line, ‘Aadat daal lo.’

However, women’s role in advertisement has evolved over the years from following freshly sprayed perfumed men around to being followed around and being the centre of attention.

LED light maker, Syska, forayed into the FMCG sector in February 2017 as it launched its range of personal care products.

One of the advertisements had a woman walking through the market area being starred at by men with the punch line, “Love attention, live attention.”

The ad was for hair removal trimmers for women.

Ariel came up with a ‘share the load’ campaign in 2015 where one woman’s success story was told a little differently.

And finally two days before Women’s Day this year, Titan Raga put out a ‘Break the bias’ ad, with the concluding remark stating, “Change the way you look at a woman’s success.”

Women's Day: Here's how much a woman can save on house loans

Women's Day: Grow your money by investing in these options