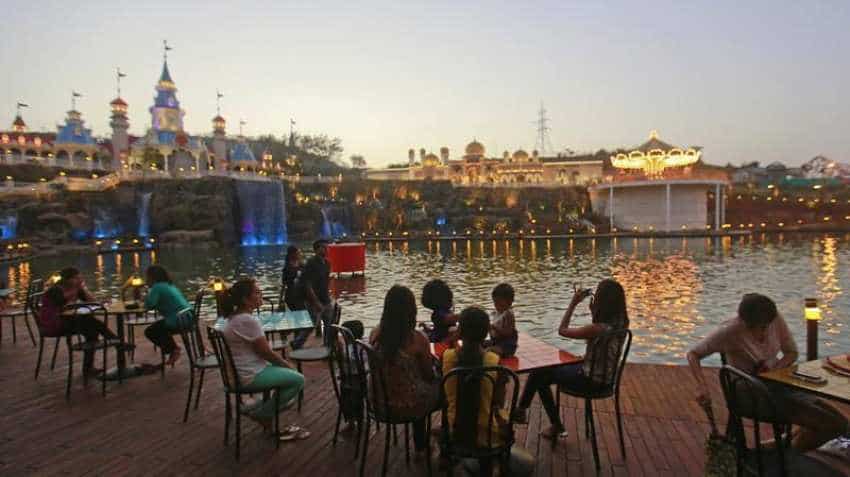 He further said the company will have no equity investment in the project, which will be "developed in a public private partnership model as Riverbay has entered into a PPP with the state authority building the capital city, but it will be based on licensing agreement."

"We will get royalty, sweat equity and revenue share, both of which are revenue accretive. The project will come under a new format," he said. Bakshi, however, refused to share details saying these are yet to be worked out.

Meanwhile, Adlabs had last late month submitted a comprehensive debt resolution plan to its lenders led by Union Bank of India, the response to which is awaited, said Bakshi.

He said the debt resolution plan, submitted on August 21, mainly focuses on securing incremental cash generation on one hand and sustainability including asset monetisation on the other, through selling its 287-key hotel near the theme park and also disposing of a 204-acre land in the adjoining area.

The company's debt at the end of June quarter stood at Rs 1,050 crore. Radhakishan Damani, founder of D-Mart retail chain, has signed a term sheet to buy the five-star luxury hotel Novotel inside the park, though the deal is now part of the resolution package and will consummate in due course.

On other revenue generating measures, he said the company is licensing out its character IP to third parties, which should take its merchandise revenue to around 15 per cent from next year. Currently the revenue from this head is around 10 per cent.

"We have licensed out some of our character IPs to plastic homeware brand Cello, education institution Neltas and ice cream brand Havmor. These IPs include our popular characters Tubbby, Detective Bow wow, Rajasaurus, Hippy, Bloo and Roberto. That apart, we are also licensing out some of our animation activities," said Bakshi.

The country's first and the only theme park designed on the lines of international theme parks like Universal Studio, had Rs 20 crore of its Rs 256 crore revenue coming in from merchandise sales in FY18, taking its total ancillary sales, including food and beverages, at 30 per cent of the total income.

On the heels of sewing up an alliance for Chhota Bheem, the theme park in May had tied up with a 3D technology firm to launch a Bollywood park called the House of Stars in its bid to boost both footfalls and merchandise revenue. Adlabs has reported a 6 per cent rise in pretax profit at Rs 34.14 crore in June quarter, helped by a 2 per cent rise in footfalls.