The combined entity formed will have Aditya Birla prefix, unlike Idea Cellular and will hold stake in Ultra-Tech Cement, Aditya Birla Fashion and Retail. 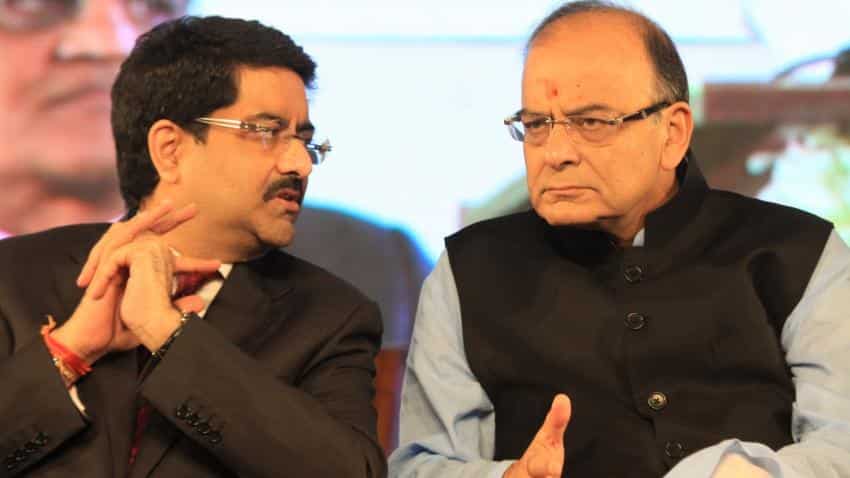 Aditya Birla Nuvo shares plunged over 3% after the company in a clarification to BSE denied its restructuring plans. The clarification came in after it was reported that the Aditya Birla Group is planning to merge Grasim with AB Nuvo.

In a regulatory filing, the company said, "In this regard, we would like to state that we constantly evaluate various options for creating long-term value for the shareholders. As and when such proposals are considered and approved by the Board, we notify Stock Exchanges with all relevant details as required. At this point in time, no such proposals have been considered or approved by the Board which would trigger the disclosure of events or information under Regulation 30 of the Sebi (Listing Obligations and Disclosure Requirements) Regulations, 2015. Shareholders are advised to exercise caution while trading based on speculative reports".

Birla is planning to merge Grasim Industries with parts of Aditya Birla Nuvo and demerging AB Nuvo's financial services business into a separate listed company, Times of India had reported.

The group likely to merge into one entity with market cap of Rs 70,000 crore, one of the biggest restructuring moves in this year. The restructuring process will see demerge of financial services business from AB Nuvo and the rest will be merged with Grasim, the report had said.

Both Grasim and AB Nuvo holds stake in Idea Cellular, telecom arm of Aditya Birla Group. As per the report, the merger will consolidate the ownership and provide support to Idea Cellular against its rival Reliance Jio which will roll out 4G operations soon.

Further, the report had said that Grasim has approached JM Financial for help in restructuring process and AB Nuvo asked Kotak Mahindra Bank for assistance.

The combined entity formed will have Aditya Birla prefix, unlike Idea Cellular and will hold stake in Ultra-Tech Cement, Aditya Birla Fashion and Retail, the report had added.