Adani Group's chairman Gautam Adani in an interview to a new agency has said that the company would finalise its investment decision for Australia's Carmichael project in June. 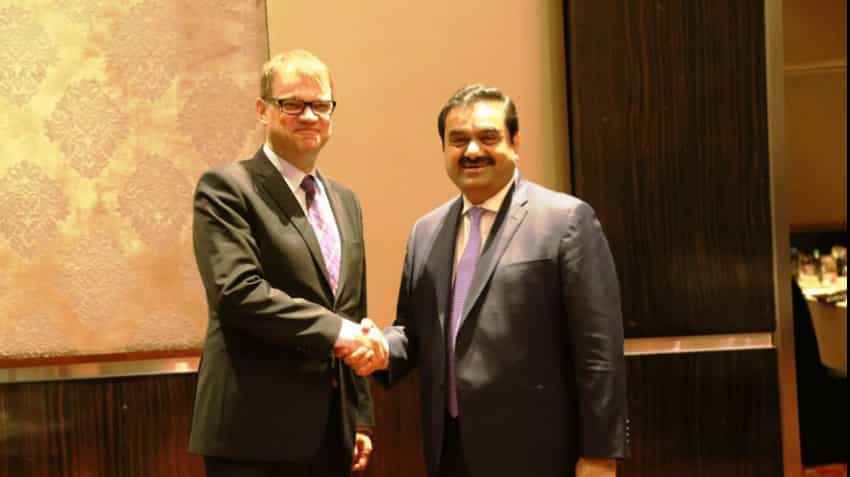 Indian conglomerate Adani Group plans to begin extracting coal from the $16.5 billion Carmichael project in Australia in 2020-21, its Chairman Gautam Adani has said.

The Group, which has interests from ports to power, would finalise by June an investment decision for the project, which has been delayed due to protests from environmental groups.

In an interview to PTI, Adani said his group is not just investing in coal but also in renewable energy in Australia, seeking to develop 1,500 MW of solar projects by 2022.

"Like in India, we are investing heavily in renewable energy in Australia too," he said.

It has signed pacts to build two solar farms, each with capacity of 100-200 megawatts in Queensland and South Australia.

Adani said the company has scaled down the coal mine capacity in the first phase.

Originally seen producing 60 million tons a year from six open-cut pits and five underground mines, a scaled-down first stage is now planned to produce 25 million tonnes a year of coal and will cost over $4 billion. Other phases will come later.

"We will begin work within months of getting final approval from the Australian government," he said.

Projections of a global glut of coal and prolonged low prices notwithstanding, Adani is pushing ahead with plans to build the mine that would produce thermal coal to generate electricity and operate for six decades.

"About 15 million tonnes of coal produced from the project (in the northern Australian state of Queensland) will be shipped to India for generating electricity," he said.

The group has for more than five years battled opposition from green groups who are opposed to any expansion of the port, saying it will cut into the Great Barrier Reef World Heritage Area. The port is to be used for exporting coal to India.

"A port already exists with capacity to handle phase-one coal," he said adding a rail line will have to be built for transporting coal from the mines to the port.

The group has so far invested Australian dollar 3.4 billion on the Abbot Point port and preparatory work for the Carmichael coal mine. It has applied for an Australian government agency loan to finance the railway line.

Adani said he is expecting Australian federal and state government nods for the coal project soon.

The Adani Group entered Australia in 2010 with the purchase of the greenfield Carmichael coal mine in the Galilee Basin in central Queensland, and the Abbot Point port near Bowen in the north.