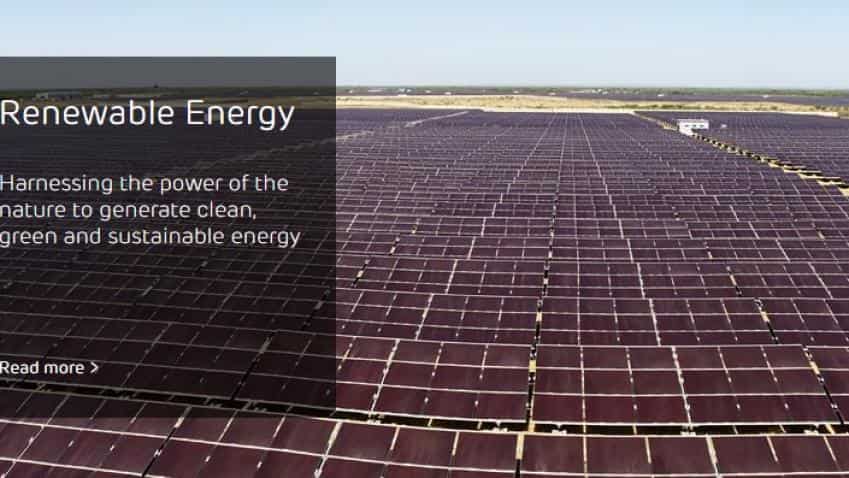 The company said its coal trading volumes were lower by 2 per cent to 16.4 million tonnes (MT) vs 16.7 MT in Q3 FY 17. Image Source: Adani website
Written By: PTI
RELATED NEWS

The Adani group flagship had clocked a net profit of Rs 339.95 crore in the October-December quarter of the previous fiscal, 2016-17.

Its consolidated total expenses increased to Rs 9,780.53 crore during the quarter under review as against Rs 8,604.47 crore a year ago.

He said the company remains committed to its investment plans in resources, energy, food and logistics.

About Coal Mine Development and Operations (MDO), the company said its Parsa Kente coal mines in Chattisgarh has supplied washed coal of 1.75 MT to RRVUNL in Q3 FY 18 as compared to 1.92 MT in Q3 FY 17.

It said it has operationalised renewable projects of 1648 MW with a further pipeline of 550 MW of projects under various stages of implementation across the country. The Company has generated 364 MU Kwh in the third quarter of 2017-18, as compared to 145 MU Kwh a year ago as projects became operational.

On City Gas Distribution, it said it envisages future growth through Joint Venture which has been awarded the city gas project in cities - Ernakulum, Panipat, Udham Singh Nagar, Dharwad, South Goa and Bulandshahr.

About agro, it said in edible oil business, the company has maintained its leadership position with its "Fortune" brand and continues to lead the refined edible oil market with 21 per cent market share.

In agro storage business, the company has operationalised storage facility with capacity of 25K MT at Kotkapura. Project implementation is going as per schedule for the recently won 6 projects from Punjab government with a capacity of 3 lakh MT. Commissioning of all the projects is expected in Mar 19.

The Adani Group is one of India's leading business houses with aggregate revenue of over USD 12 billion.
The company's stock closed 4.75 per cent down at Rs 194.70 on BSE.