Acquired entity will grow faster than us: Hexaware CEO on Mobiquity acquisition

Hexaware CEO R Srikrishna said that acquired entity will grow faster than us, because of Mobiquity's new capabilities. 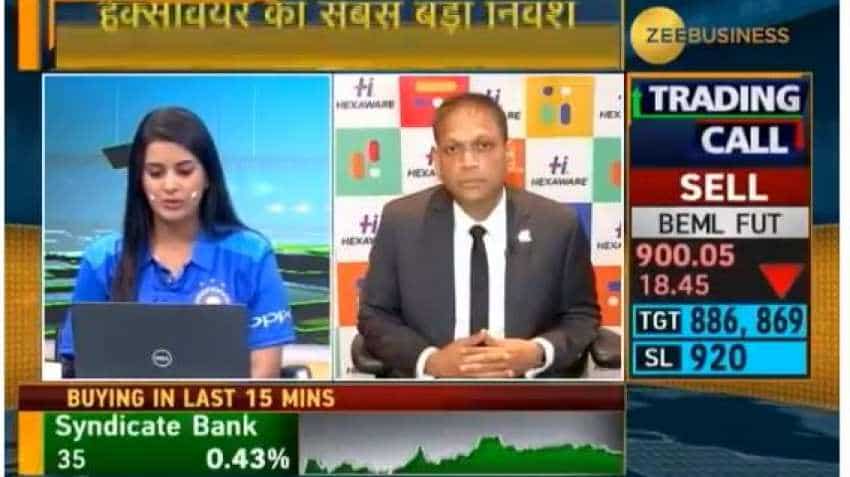 When asked about further acquisition plan of the company in next two quarters, he said there is no such plan. Image source: Zee Business

IT firm Hexaware has acquired US-based Mobiquity Inc for a total consideration of about USD 182 million (approximately Rs 1,266 crore). R Srikrishna, CEO of Hexaware Technologies, who said that Hexaware has entered an exciting new phase of growth and capability with this acquisition, also speaks Zee Business TV and shared details of the deal and its future prospects.

When asked about deal value which is stated to be about $18.5 crore, and of this $13.1 crore will be paid through deferred payment, the Hexaware CEO said that deferred payment is not on the basis of overall performance but some part of it will be based on performance conditions, adding that "Last payment if we meet performance is due in October 2020.

On the question of which vertical will be benefitted exactly by this acquisition, Srikrishna said it will boost three vertical including BFS (Business and Financial Services), Pharma and Retail. In BFS sector, one large bank is making bond digital bank in the middle east and that is created Mobiquity; in Pharma sector, there is one company Otsuka, whic is making digital medicine product, Mobiquity is making chip and IoT for that product so that doctor would be able to watch the effect of medicine in a patient's body; while in retails, Mobiquity is making Kiosks and mobile applications for global consumers, according to Srikrishna.

When asked about further acquisition plan of the company in next two quarters, he said there is no such plan, but added that in in next 2-3 years we will spend $250- $300 mn on it. Right now, we will concentrate on capital build up and learn lesson then we will go ahead in future.

Top 3 patterns to trade in a bearish Market