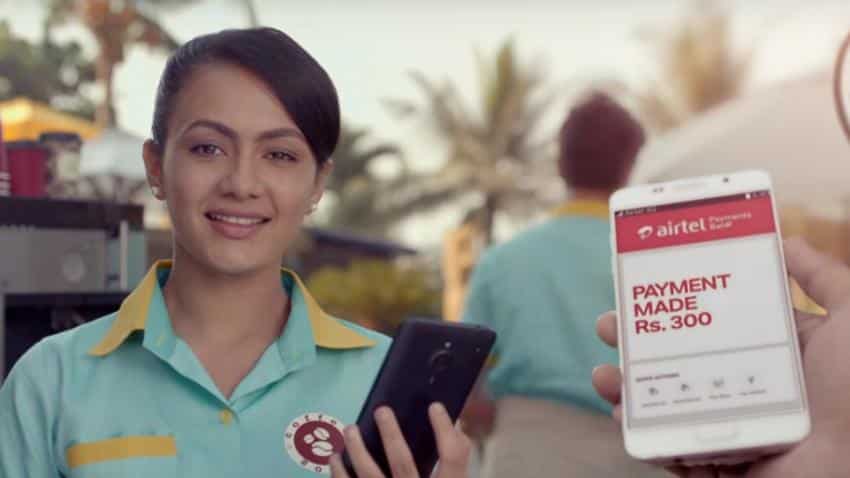 Action against the telecom operator has been taken for allegedly opening payments bank accounts of its mobile subscribers without their 'informed consent'. Image Source: Airtel Payments bank ad/ Youtube

Airtel has deposited an interim penalty of Rs 2.5 crore with the Aadhaar-issuing body UIDAI after an action against the telecom operator for allegedly opening payments bank accounts of its mobile subscribers without their 'informed consent', according to sources.

The company is learnt to have given the assurance that it will return Rs 190 crore that had flown into the 'unsolicited' payments bank accounts of 31 lakh mobile subscribers over the next 24 hours and will also inform the customers that their subsidy-linked account is being switched back to the originally-chosen account.

Airtel has deposited an interim penalty of Rs 2.5 crore "unconditionally" to the Unique Identification Authority of India (UIDAI), a person familiar with the development told PTI.

"They (Airtel) have also stated that all 31 lakh customers will be intimated by Airtel that their subsidy money is being transferred to the originally-chosen accounts and that henceforth such money will flow into those designated accounts," the source added.

Meanwhile, an e-mail query sent to Airtel with regard to deposit of Rs 2.5-crore interim penalty remained unanswered.

Once the entire process is complete, Airtel will be required to report to the UIDAI with compliance and the authority will take "appropriate view" on the matter at that stage.

Airtel, yesterday, wrote to the National Payments Corporation of India (NPCI) promising to return Rs 190 crore (along with interest) to the consumers' original bank accounts that were linked to the Direct Benefit Transfer (DBT).

The NPCI is an umbrella organisation for all retail payments in India.

Both Airtel and Airtel Payments bank came under fire after the the Sunil Mittal-led firm allegedly opened accounts of its mobile phone subscribers without seeking their "informed consent", and LPG subsidy worth crores was deposited into these accounts.

The government acted swiftly in the matter and the UIDAI, in a strong move late last week, temporarily barred the company from conducting Aadhaar-based SIM verification of mobile customers using eKYC process, and e-KYC of payments bank clients.

Suspending the 'e-KYC licence key', the UIDAI also ordered PricewaterhouseCoopers to conduct an audit of Bharti Airtel and Airtel Payments Bank to ascertain if their systems and processes are in compliance with the Aadhaar Act.