Recap: Apple had a tough 2016 despite blockbuster iPhone 7 Plus

It has been one of the toughest years for Apple as it could stem the decline in iPhone sales, its refurbuished plan for India did not work and Google made its entry into the segment. 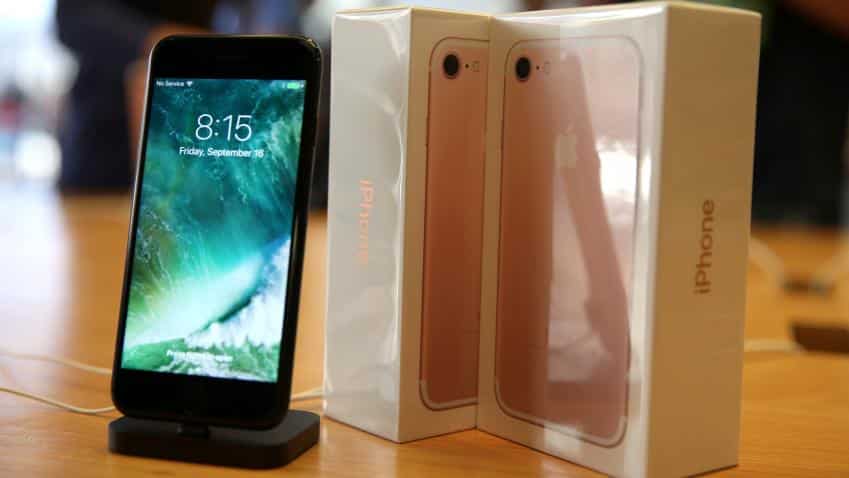 An Apple iPhone 7 on display in a store. Photo: Reuters
Written By: Collin Furtado
RELATED NEWS

The year 2016 has been a disappointing year for Apple on the whole. Not only did the sales of its bread winning product the iPhone slip throughout the year, but also it did not get the green light for its plan to make India a market for refurbished phones and Google's entry into the high-end segment is a real threat.

Also read: The slide has just begun for Apple

Apple reported that during the first quarter ended March 26, 2016, sales of iPhones fell to 51.19 million units as against 61.17 million units in the same period of last year. Not only have Apple's revenues in the American subcontinent declined significantly, but its key market China too had started to slip away.

While the company in its guidance expected it sales to improve in the coming quarters, however the sales continued to slide going ahead. In Q2 2016 too iPhone sales declined by 7.7% and Apple's market share continued to decline from 14.6% to 12.9% in the same quarter last year.

In the Q3 iPhone sales dropped by 21% sequentially. The company said that it sold 40 million iPhones in the third quarter ended June 30, 2016 and earned a revenue of $24 billion. Unfortunately, the revenue has fallen 27% on a sequential basis and 23% from the same period a year ago.

In its fourth quarter Apple's revenues continued to shrink by 9.8% to $46.9 billion and profit fell by 23% to $9 billion. This was due to a 13% drop in iPhone sales to 45.5 million units. The new iPhone 7 and 7 Plus sales could not be taken into account as it was just two months since it had launched at the time.

Apple's India plan
For long Apple had been looking to make India a market for its refurbished phone. The older phones which are exchanged for newer models in developed countries would be touched up and resold in India at a lower price. This is as India is a very price sensitive market and a large majority of the smartphones sold are in the below Rs 10,000-Rs 20,000 category.

A reason why Apple's CEO Tim Cook visited India in May this year. However, no amount of mingling with Bollywood's A-list celebrities, nor praying at Siddhivinayak temple and even watching an IPL match could help convince Prime Minister Narendra Modi to accept the company's plan to sell refurbished iPhones in India. PM Modi instead told Cook to make the iPhone's in India.

Now it appears that the company is seriously thinking of producing in India now that it has become the second largest smartphone market globally, overtaking the US. With falling sales of iPhones in China, Cook has been reiterating that India is one of their main focus markets in the world. Besides this, India has been one of the fastest growing markets for Apple in 2016.

Also read: Apple may be serious about producing the iPhone in India

Google Pixel to be a formidable foe
While Google has largely been in the king in the smartphone operating system side with Android, it's venture into the smartphone hardware side was limited to the launch of Nexus, which was at a lower price point than the iPhones. However, the search engine giant decided to enter the high-end smartphone segment and challenge Apple and Samsung.

While the Pixel is terms of built, specifications and quality is said to be on par with the iPhone 7 or 7 Plus, what it got bang on was its timing and its execution. It launched at a time when Samsung was suffering due the Galaxy Note 7 battery issue and the iPhone 7 and 7 Plus launch which had brought disappointing reviews on its lack of innovation.

Both the iPhone 7 and the Pixel have similar specifications and the price difference is only a mere Rs 3,000, which does not make much difference at the price range.

Also read: Distribution will be key in Google Pixel's challenge to the iPhone

However, what made the difference to Pixel was the absence of a high-end Android smartphone with Galaxy Note 7's absence, it's decision to launch in India as one of its first six markets and to provide a way for iPhone users to easily transfer their data to Pixel smartphones.

It was no wonder that Pixel captured a 10% market share of the premium smartphone segment in India just a month after its launch.