Cut in interconnect usage charges has caused quite an uproar in the telecom industry. Here is how the incumbent operators will be impacted in Q3 FY18. 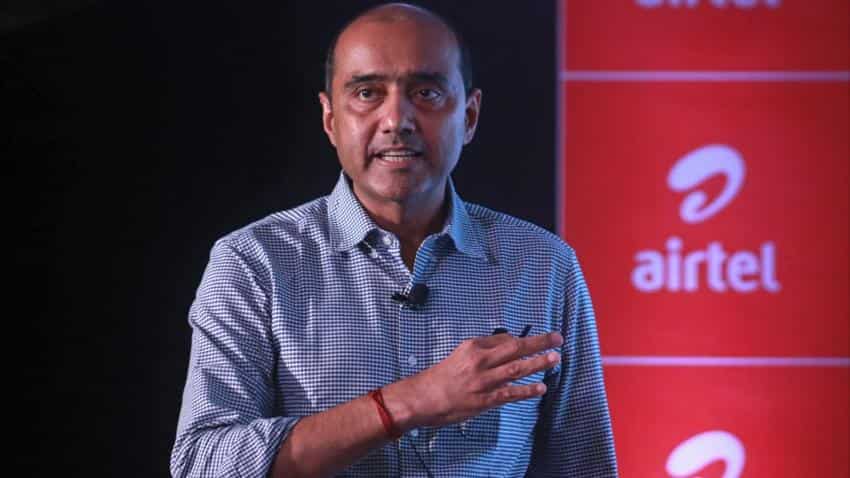 IUC maths scientific, no question of favouring anyone: Trai

Looks like the Indian telecom majors will be paying the piper soon and a hefty amount at that. Telecom Regulatory Authority of India (TRAI) announced a rate cut in interconnect usage charges (IUC), or inter-operator payments, to six paise from 14 paise earlier this week.

Cut in IUC to six paise from 14 paise earlier may cost the top three telcos as much as Rs 2250 crore cumulatively in the third quarter of FY18.

“Due to the IUC rate cut, we can expect Bharti Airtel’s consolidated EBITDA to decline by nearly Rs 900 crore. In case of Vodafone and Idea Cellular, we can expect a decline of Rs 750 crores and Rs 600 crores, respectively,” Hanish Bhatia, senior analyst at Counterpoint research told Zeebiz.

IUC is a charge levied by network operators on other service providers to recover the costs of the interconnection facilities (including the hardware and software for routing, signalling, and other basic service functions) provided by the network operators.

Calls originating from networks with a larger subscriber base would ensure higher costs to companies.

As per TRAI’s latest data, Airtel had 28.1 crore wireless subscribers by the end of July while Vodafone and Idea garnered 21 crore and 19.1 crore subscribers respectively.

Analysts like Fitch Ratings, India Ratings and ICRA have estimated dip in Airtel, Idea and Vodafone’s earnings before income tax deduction and amortisation (EBITDA) margin by up to 12%.

And the operators have overtly expressed their discontent.

India’s telecom major, Bharti Airtel said, “The suggested IUC rate, which has been arrived at in a completely non-transparent fashion, benefits only one operator which enjoys a huge traffic asymmetry in its favour.”

“This is yet another retrograde regulatory measure that will significantly benefit the new entrant alone while adversely affecting the rest of the industry as a whole,” the official spokesperson for Vodafone said.

“Idea Cellular is deeply disappointed and expects that the TRAI decision will be recalled in toto,” the company said in an emailed statement.

It further explained, “Cost based determination of IUC, which adequately compensate network operators terminating voice traffic, is a well-established settlement principle. The Authority’s verdict to cut IUC to a paltry 6p per minute, determined on the basis of a new cost methodology (Pure LRIC model) which brazenly ignores the stupendously high prices paid for the spectrum, – a key raw material without which mobile telephony services cannot be delivered - compromises this principle, and will negatively impact the already stressed financial health of the sector.”

TRAI's argument to cut IUC was stated as, “While on the one hand a lower termination charge benefits the consumer, it does not have a negative effect on the telecom operator because it is open to the operator to recover whatever cost it incurs through the retail tariffs, subject to competitive market conditions.”

The rebuttal from the telcos stemmed from an already distressed industry reeling under Rs 4.6 lakh crore debt and the gains of the youngest operator – Reliance Jio.

However, Jio has maintained that it will keep voice calls free for its subscribers and so it has an added advantage.

However, Jio has denied any cost advantage and said it will pass on benefits to consumers. “There is no question of any advantage from the new IUC regulation to Jio as it has already passed on all the benefits to customers. We deny any benefits to Jio,” the company said.

The cut in IUC could work well in favour of Jio who forced incumbents to succumb to bundled data plans with its discounts and free calling schemes. Further by 2020, TRAI has said it that IUC will be zero which has been estimated by HSBC to push Jio’s EBITDA margins up 41% over four years.

“This added advantage (cut in IUC) may incentivise RJio to continue with the discounted pricing strategy to increase its subscriber base,” IndRa said.

Which can only mean that the telecom industry may now be looking at more free voice call offers over the next few months.

IUC maths scientific, no question of favouring anyone: Trai