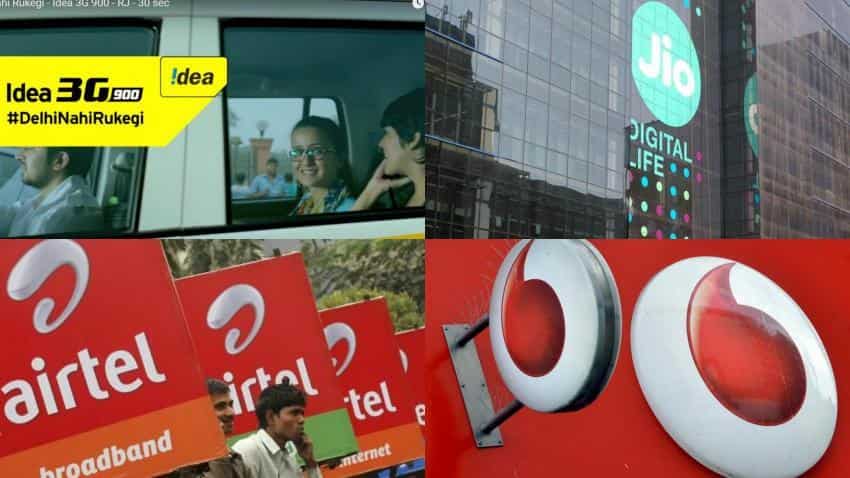 Telecom sector in India had yet another eventful year as it saw disruption by the hands of Reliance Jio.

Not only did Reliance Jio managed to gain customers at a fast pace, it forced other telecom companies like Airtel and Vodafone to reduce prices and redo their strategies.

With its ‘record-breaking’ move of garnering 16 million customers in less than a month after launching in September, Reliance Jio (RJio) ventured into the top 10 telecom operators in India.

The company said that it had beaten other startups and telecom operators around the world including the likes of Facebook, WhatsApp and Skype.

On December 1, RJio extended its initial schemes with its ‘Happy New Year’ offer and said that all data packs including voice calls and video calls will continue to be free of charge till March 2017.

Seven telecos participated in the auction however none took part of the 700 Mhz and 900 Mhz bands as analysts from Goldman Sachs, Manish Adukia and Piyush Mubayi explained that at $8.6 billion the 700 MHz block across India was four times the price of the 1800 MHz spectrum which is of a higher frequency.

The spectrum put up for sale by the Department of Telecommunications (DoT) had 43% wiped out on day one itself, with majority of the bids in the 2300 Mhz and 1800 Mhz bands.

In early July, RJio had already amassed 15 lakh subscribers for its 4G services. Even its Lyf brand phones featured in the top three smartphones of India.

Telecoms took note of this and slashed their 4G and 3G data prices in the range of 50% to 67%.

The war only intensified in September when the new entrant walked into the telecom sector.

Some analysts began to label the price war between the incumbents as ‘Battle Royale,’ and foresighted a significant increase in the data revenue pool in the year gone by.

Soon after RJio extended its offer with its Happy New Year scheme on December 1, nearly all other telecoms mirrored the move.

A day after that, Vodafone India announced unlimited free voice calls for its prepaid customers with the launch of two new packs.

Both the companies had launched two identical schemes offering free calls and limited mobile Internet use priced at around Rs 150 and Rs 350 with 28 days validity, in their attempt to match the free 4G service from Reliance Jio.

And the latest to announce an offer on calling schemes, Tata Docomo on December 27 launched unlimited local and STD call plans starting at Rs 148 to Rs 246 for pre-paid customers in Mumbai.

RJio accused the incumbents of providing less than required points of interconnections (PoIs) needed for its users to complete calls to rivals' network, while operators charged the newcomer of unleashing a "tsunami" of free traffic on their networks.

Many letters were sent back and forth by the telecoms denying these claims and stating that enough PoIs were provided to RJio.

By mid-September, RJio claimed that over 15 crore calls failed on the Vodafone network.

“We have acceded to all reasonable demands for PoIs from Jio. The number of PoIs made available can cater to 50 million customers, in line with projected volumes and projections made by them. As a special case the additional PoIs were made available expeditiously,” Vodafone official spokesperson said.

In the month of November, Airtel said that it had provided over 17,000 interconnection points, sufficient to serve 75 million customers.

Reliance Jio, however, slammed Bharti Airtel for providing only one-way points of interconnects (POIs) for completing calls rather than both-way nodes in violation of licence agreement.