Jet currently has 1,900 pilots on its rolls. This are now being looked by all other domestic airlines, especially those who are looking at international expansion. Vistara has been permitted to fly abroad while SpiceJet, IndiGo and GoAir all have bullish overseas plans. 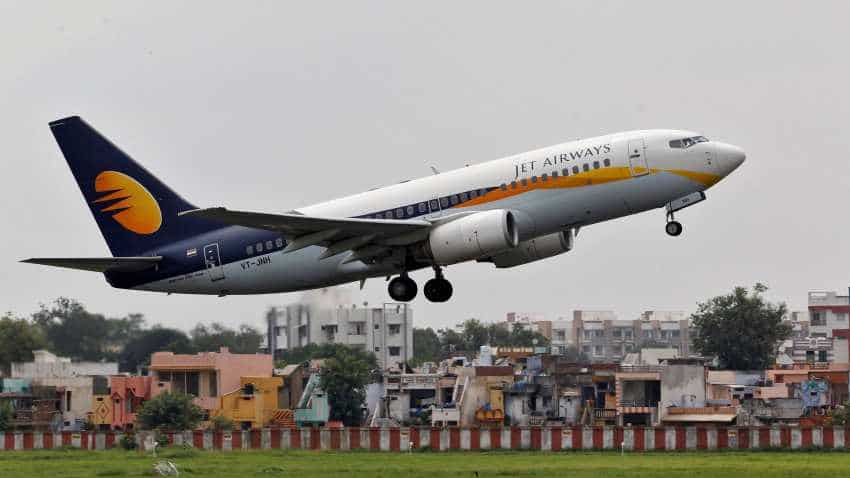 The development has been received optimistically by SpiceJet which had to ground 12 of its 737 Max 8 aircraft due to government`s safety restrictions. Image source: Reuters
Written By: IANS
RELATED NEWS

Mumbai, March 20 (IANS) Financially troubled Jet Airways seems to be headed towards more turbulence as around 260 of its pilots have applied to join SpiceJet, even as investors like public sector banks struggle to stitch a rescue plan for the airline. The development took place on Wednesday when pilots of the beleaguered airline applied for jobs in SpiceJet`s open interview sessions held here on Wednesday.

"Out of the 260 pilots, 150 are senior commanders. The commonality of Boeing jets between the two airlines is the main draw for pilots to apply in SpiceJet," a source told IANS in Mumbai.

Jet currently has 1,900 pilots on its rolls. This are now being looked by all other domestic airlines, especially those who are looking at international expansion. Vistara has been permitted to fly abroad while SpiceJet, IndiGo and GoAir all have bullish overseas plans.

IANS had earlier reported that other airlines tried to poach the airlines commanders and co-pilots, luring them with lucrative offers with a stable monthly pay.

The apparent jostle of pilots to get out of Jet Airways comes as the airline`s lessors offered 50 of its Boeing aircraft to SpiceJet.

According to industry insiders, at least 50 aircraft are on offer under dry lease terms from Jet`s lessors. These lessors have been able to get their aircraft grounded as dues were not paid to them, said a source.

The development has been received optimistically by SpiceJet which had to ground 12 of its 737 Max 8 aircraft due to government`s safety restrictions.

The cash-strapped Jet is regularly grounding its aircraft as it is unable to pay the dues to its lessors. So far it has been forced to ground over 40 aircraft following its inability to clear the dues.

On Tuesday afternoon, aviation regulator, the Directorate General of Civil Aviation (DGCA) said Jet Airways has only 41 aircraft in its fleet for operations and that there may be further attrition in the fleet size and flights ahead.

These developments come as key government officials including those from public sector banks met Finance Minister Arun Jaitley here on the future of the financially troubled Jet Airways against the backdrop of speculations that an Indian suitor is being searched to save the beleaguered carrier.

The speculation has been building up ever since the airline`s partner Etihad apparently refused to inject any further funds into the financially bleeding airline, leaving only the public sector banks and the NIIF as the only viable creditors to the company.

Industry observers have pointed out that Air India, Tata Group or SpiceJet`s Ajay Singh might be some of the contenders in the race. However, Air India could not be entrusted with such a responsibility due to its own financial difficulties or even the Tata Group which is already invested in two airline ventures -- Vistara and AirAsia India -- leaving Singh, who has been credited with the turnaround of SpiceJet from a brink of collapse.

On Wednesday, the Prime Minister`s Office marked its direct involvement as its Principal Secretary Nripendra Mishra, along with State Bank of India Chairman Rajnish Kumar and Civil Aviation Secretary Pradeep Singh Kharola met Jaitley to work out a revival resolution through state bankers for the near-grounded airline.

The pilots union of Jet Airways had on Tuesday threatened to stop flying from April 1 if a complete clarity on the resolution plan is not brought to their notice by March 31.