In a major development, e-commerce marketplace Snapdeal has revealed that it plans to add another 5000 manufacturer-sellers on its platform this year. 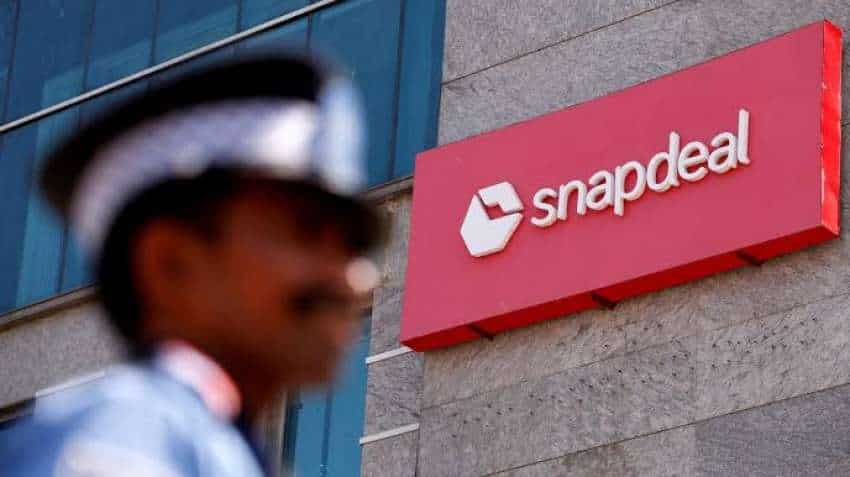 Snapdeal plans to add another 5000 such manufacturer-sellers on its platform over the next 12 months; Source; Reuters
Written By: ZeeBiz WebTeam
Edited By: Prashant Singh
RELATED NEWS

In a major development, e-commerce marketplace Snapdeal has revealed that it plans to add another 5000 manufacturer-sellers on its platform this year. In the last one year, many manufacturers of daily use products like steel & copper utensils, kitchen gadgets like juicers & atta dough makers and fashion accessories like watches & wallets have started to sell online directly on Snapdeal, the company said.

Snapdeal plans to add another 5000 such manufacturer-sellers on its platform over the next 12 months. It expects most of these manufacturers to join from India’s production hubs like Meerut, Ludhiana, Tirupur, Jaipur, Panipat, Surat, Rajkot etc.  Through these additions, Snapdeal expects to deepen its selection for kitchen utensils, leather products, toys, bedsheets & blankets and ladies fashion (kurtis, sarees, hosiery garments & knitwear).

The fast growth of the online market, especially in the non-metro centers, is allowing these manufacturers to tap a new set of always-connected customers, which traditional retail structures cannot capture.

Direct sales to consumers translates into higher margins for the producers, as multiple links in the retail chain are replaced by the platform. Other savings that accrue to the producers are through more efficient utilisation of stocks since stocks are not stuck at multiple points unlike in traditional, layered physical channels.

The ability to sell directly also means that producers get prompt feedback from the users, allowing them to make appropriate decisions regarding future demand and trends.

According to a Snapdeal Spokesperson, “E-commerce has immense potential to stimulate economic growth by increasing efficiency and improving access. By taking specific measures to link domestic demand with domestic production, we aim to maximise the benefits of e-commerce for small & medium businesses and for the consumers.”

“While the first phase of e-commerce sales in India was led by traders and distributors who worked closely with brands, now the share and role of manufacturers in online sales is growing faster”, Snapdeal added.

Indian e-commerce is now growing beyond the first 100 million urban users. A market of potentially 400 million new users is emerging across India’s Tier 2 and 3 cities, growing still deeper into smaller towns across the country. In December 2019 Snapdeal announced that its network covers more than 26000 pin codes across India, which includes all the metros, Tier 1 & 2 cities and most of Tier 3 and 4 towns of India.