In its bid to cut costs and improve efficiency, Tata Motors has initiated around 20 projects covering the entire gamut of the company's businesses, including factories and sales network. 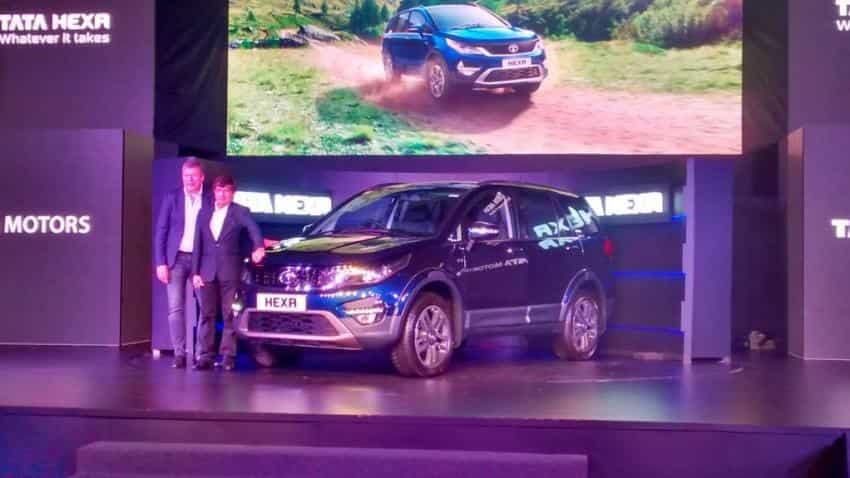 In its bid to cut costs and improve efficiency, Tata Motors has initiated around 20 projects covering the entire gamut of the company's businesses, including factories and sales network.Pic: Zeebiz
Written By: PTI
RELATED NEWS

In its bid to cut costs and improve efficiency, Tata Motors has initiated around 20 projects covering the entire gamut of the company's businesses, including factories and sales network.

The homegrown auto major is also planning to launch at least two new products, including a compact sedan and SUV, during the next fiscal as it aims to post sales better than the industry.

"Product is a very obvious thing which everyone sees but it is just the tip of an iceberg. There is lot of activity happening below iceberg. We are completely refurbishing our network in terms of processes, people, training which have started giving results," Tata Motors President, Passenger Vehicles Business Unit, Mayank Pareek told PTI in an interview.

"We have identified around 20 big projects in the company. These are called impact projects, which means improvement through action. We have actually pulled out senior people from various teams to work full time on these projects," Pareek said.

Senior management is driving these projects which began in September 2016, covering the whole gamut of Tata Motor's business.

"Senior people like me are owners of these projects... these are literally transformational projects...These 20 projects are on cost and efficiency -- which is globally competitive," Pareek said.

When asked if the company has set any target in terms of cost saving through these projects, Pareek said "it will be very significant not one per cent kind of stuff" without sharing exact figures.

Commenting on sales outlook for the next fiscal, Pareek said the company aims to grow better than the industry which is expected to grow in double digits.

"In this fiscal the industry will grow around 8-9 per cent...If we take calender year then it grew by 8 per cent last year...I expect the industry to grow in double digits next fiscal and coming to Tata Motors we will do better than that (industry)," Pareek said.

The Mumbai-based company is present in only 59 per cent of the passenger vehicle market in the country and there is immense scope for growth, he added.

Also the company has refurbished its sales network and recharged its service potential, he added.

"With all these initiatives, we will outperform the market for sure," he said.

When asked about new product launches, he added: "Two products at least during the fiscal."