Harsh Vardhan Sharma started it as LSTmedia back in 2018 and later on went to rename it ad Newsopreneur. Newsopreneur has over 150+ clients and recently made the headlines for generating over $100 million in sales for his clients in less than 2 years 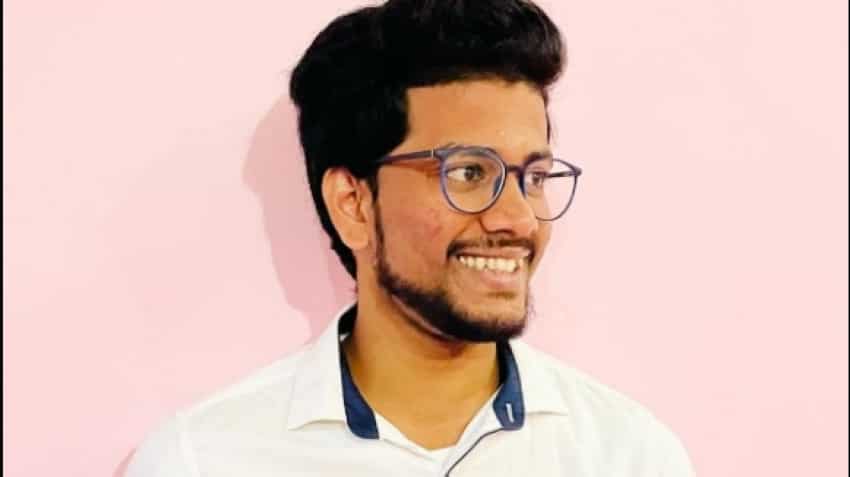 Harsh Vardhan Sharma (@the.real.harsh) is the founder of Newsopreneur media PVT LTD which is estimated to be worth around $6 million to $6.3 million. Source:
RELATED NEWS

Harsh Vardhan Sharma (@the.real.harsh) is the founder of Newsopreneur media PVT LTD which is estimated to be worth around $6 million to $6.3 million.

He started it as LSTmedia back in 2018 and later on went to rename it ad Newsopreneur. Newsopreneur has over 150+ clients and recently made the headlines for generating over $100 million in sales for his clients in less than 2 years, some names including mobile phone company oppo, Mi and other companies like dream 11, pokerbazi, PVR for their movies launches, etc…

But it wasn’t always like that harsh comes from one of the most backward cities of India and like millions others he got access to internet when jio launched free internet for over 1 year.

Since his childhood he used to play cricket, he had also represented his district in it and one day he watching motivational video of himessh madan (youtuber) where he saw a video in recommendations from himeesh saying “learn how to make Rs. 20-30k and that’s where his journey started.

In that video himessh talked about learning SEO to get a 20-30k rupees job, honestly I wasn’t interested but I was having a hard time asking my parents’ money for cricket expenses which led me to watch one by one like 100’s of videos. I’d tried literally everything from making YouTube videos to combining 50 blogs and making it a book and publishing on Amazon and for more than 2 years nothing worked, he added.
Harsh is a big fan of Seth godin, known as the author of this is marketing and purple cow and man. He said he learned one most important skill e could learn from him and that is the idea of “noticing things around us”

He further said, “I’ve not taken a single course on marketing I just observed everything from the emails to fb ads to Google ads or be it pinterest. Most people ask me how you learned it. And my answer is simple just take a good look around you. You’re constantly being marketed; you don’t need marketing courses to learn it.”

When asked did he learned everything of his own he replied, “definitely  not, I’ve read more than 400 books as of now and less than 50 were on motivation rest on being biz dev or human psychology.  My point with look around you is not that you should not buy courses to learn it. My point is that you can read the books and take the courses and learn basic concepts but the real marketing? You’ll only learn it by watching it happening in daily life. I watch ads more than actual videos.”

He got his first client names Noel Giles who gave him Rs. 2,679  for managing his account on instagram for a month and that was enough courage for him to take instagram seriously he later went on to sell 4 instagram pages of 100k followers to Noel for over $15,000 and reinvested that money.

From getting his first client in 2018 to crossing $100 million dollars in sales for 150+ clients combined, he could be easily satisfied but he then he started an Experiment to grow a page to 10ok followers in 100 days to write a book in social media growth.

And that’s where Newsopreneur was born.

It was totally meant to be a dummy account which was supposed to be a motivational page and then later sell for $10 -$15k to someone. I had recently sold 14 pages 5 being over 1 million and the rest of all over 100k. I wanted to get rid of those to focus on my agency because we were adding 10-12 clients each month and I needed to shift my focus at one place. But thanks to again Seth, he once said the reason I’m a better writer and a marketer is because I write a blog every day so I thought what if I write 4-5 every day?

And I had only 3 pages left so I picked the dummy one changed the name from “thriving.nation” to “Newsopreneur” and I started posting news there and writing my views and whatever I was observing from that news. I didn’t know that people needed it that bad. They started craving for the captions.

It’s crazy when I think it has build such a cult following that I had to change the name of my company from LSTmedia to Newsopreneur media PVT LTD, he further added.