18 new projects will be launched in the current fiscal: Pirojsha Godrej, Godrej Properties

This quarter performance has been the best ever performance in the history of the company, says Pirojsha Godrej, Executive Chairman, Godrej Properties, during an interview with Zee Business. 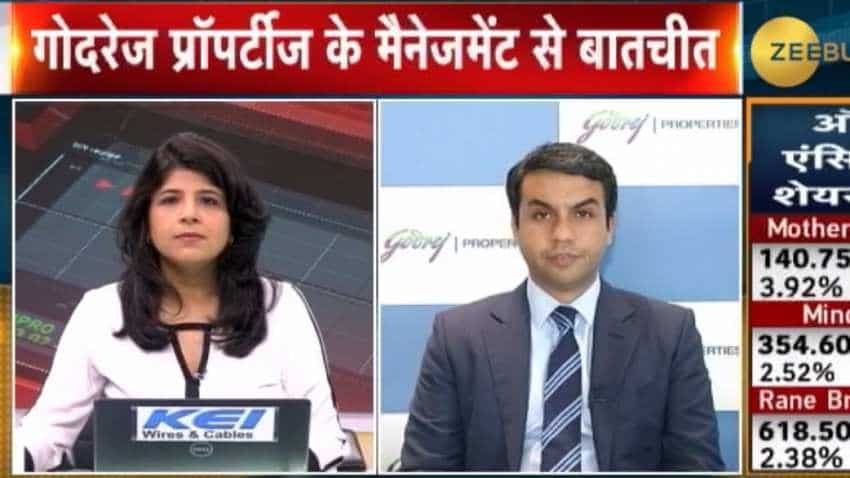 This quarter performance has been the best ever performance in the history of the company says Pirojsha Godrej, Executive Chairman, Godrej Properties. During an interview with Swati Khandelwal, Zee Business, Pirojsha said we have selected Mumbai, Pune, NCR and Bangalore as our focus markets and maximum of our projects will be launched in these geographies. Edited Excerpts:

Q: Your sales volume has seen a rise of 153 per cent. What were the growth drivers for such growth?
A: It was quite exciting about the fourth quarter performance as it was well rounded. We had successful project launches in all parts of the country. One of the big launches called Godrej Central Park in Pune, where we sold over 600 apartments. We also had two successful launches in the NCR market, Godrej Habitat in Gurugram and another project in Noida. We also had a very strong launch in a project in Bangalore called Godrej Aqua. I think, the sustenance sales, which is sales from the existing inventory, so again very good sales from across the company including Mumbai. So, we have over Rs2,100 crore of sales during the fourth quarter, which was significantly higher than our previous best quarter for sales. And, the sales came from both launches and existing inventory sales from more parts of the country.

Q: Tell us about the geographies where new projects will be launched in the recent future and the number of projects?
A: I think, we have about 18 projects that we have planned to launch during the current financial year. We have identified four focus markets and they are Mumbai, NCR, Bangalore and Pune. So, most of these launches will be in those cities. We also have launches plan during the year in Ahmedabad and Kolkata, in addition to these four.

Q: Did lowering of the GST rates on the real estate sector had any impact on demand, if yes, to which level?
A: I think from an optical the perspective it will attract customers to get off the fence and start buying residential real estate because the GST rate will be lower. However, since the input tax credit to the sector has been eliminated, there is no actual financial benefit to the system and the overall, the tax remains very similar. So, I don’t expect that any big impact has happened in the sector due to it but certainly, it will be able to create some positive sentiments in consumers’ mind. In the overall sense, while the time is quite hard to predict, we do think that the real estate sector is likely to do very well over the next few years. Affordability, which is the key determinant of how the sector performs now the best in at least in the last 16 years as people income has risen and interest rates have reduced, and property prices have remained quite flat over the last five years. so, we do expect the demand to pick up considerably in the next few years but the exact time, when it will pick up is hard to predict.