ASCI pulled up Patanjali yet again on 10 complaints against Baba Ramdev promoted company for products such as Jeera Biscuits, Kacchi Ghani mustard oil, Kesh Kanti and Dant Kanti, among other products. 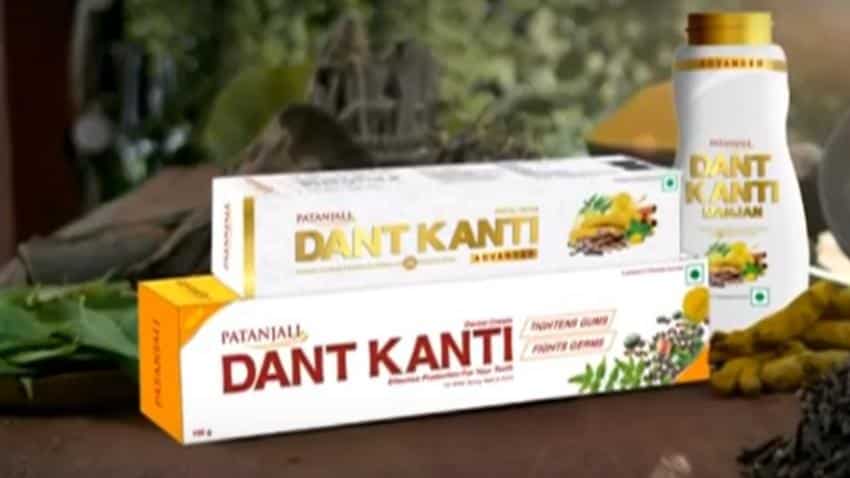 ASCI pulled up Patanjali yet again on 10 complaints against Baba Ramdev promoted company for products such as Jeera Biscuits, Kacchi Ghani mustard oil, Kesh Kanti and Dant Kanti, among other products.

All of these 10 advertisements of Patanjali were said to be either misleading, unsubstantiated and denigrates other products.

This comes after ASCI had a month earlier pulled up Patanjali on its ads including for the hair oil, mustard oil and washing powder products. After which Patanjali planned to take legal action against ASCI, according to an Economic Times report.

Despite being receiving several complaints against its ads and ASCI blowing the whistle on Patanjali again, the Baba Ramdev-led company decided to question the manner in which the decisions were passed and alleged that some rival MNCs are behind the move.

"They cannot pass any judgment against the non-members. There are several judgments against them (ASCI). Its order is not binding on any non-member," a company spokesperson said to PTI, adding that it is exploring legal options in this matter.

Here are the 10 Patanjali ad campaigns which ASCI upheld and reasons:

1. Patanjali Ayurved Ltd. (Divya Swasari Pravahi): The advertisement’s claims, “Thousands of banned medicines are being sold in the market. The harmful results of these bad chemicals are surfacing now. Thousands of pharmaceutical companies are paying crores of rupees as a fine for this act. Besides this, health of people is getting affected by these chemicals”, were factually incorrect and not substantiated with authentic supporting data and are misleading. Also, the claims are denigrating competition and puts the entire allopathic cough and cold medicine category in bad light. Further, the claim regarding, Divya Pharmacy Ayurvedic medicines i.e. “These medicines have 0% side effects and 100% results”, was not substantiated and is misleading.

2. Patanjali Ayurved Ltd. (Obesity-Free Information Camp - Divya Mukta Vati & Divya Madhunashini Vati): The advertisement’s claim, “Conducting Trials On Over 1 Cr People”, "It Gives Strength To Pancreas & Naturally Controls Diabetes” and “It Also Controls The Most Dangerous Side Effects Of Diabetes Like Neuropathy, Nephropathy & Retinopathy”, were not substantiated and are misleading by exaggeration.

3. Patanjali Ayurved Ltd. (Patanjali Dant Kanti): The advertisement’s claims, “It is trusted brands of crores of countrymen”, “herbal toothpaste”, “long duration protection” and “full profit of this product goes to educational charity” were not adequately substantiated and are misleading by ambiguity and exaggeration.

4. Patanjali Ayurved Ltd. (Divya Swasari Pravahi): The advertisement’s claims, “Their medicine has 0% side effect and 100% effective” and “They have used this product for more than 20 years on 'LACS and CRORES' of people” were not substantiated and are misleading by exaggeration.

8. Patanjali Ayurved Ltd. (Patanjali Kachi Ghani Mustard Oil): The advertisement makes a sweeping statement that a majority of the products in the market are adulterated with addition of cheap palm oil. There was no authentic evidence to support this statement and the advertisement was misleading by exaggeration. The advertisement also unfairly denigrates other oil products calling them as cheap adulterants.

9. Patanjali Ayurved Ltd. (Patanjali Jeera Biscuit): The advertisement’s claim, “100 percent Atta, cholesterol free, low Sodium salt”, is not substantiated and is misleading by ambiguity as the advertiser did not provide any quantitative declaration of the various ingredients used in the manufacturing of the product. Further, the advertisement claims, “Benefits of Jeera”. It was acknowledged that Jeera (cumin) has benefits as a single ingredient, but its presence in the product was not substantiated to signify its quantity in the product. Also presentation of these claims on the packaging material (rich in iron Increase haemoglobin and help in acidity and other stomach related problems) was misleading by implication that the product Jeera biscuit would provide those benefits.

10. Patanjali Ayurved Limited (Patanjali Kacchi Ghani mustard oil): The advertisement’s claim, “Other than Kacchi Ghani process most of the other edible refined oils and mustard oil are made using Neurotoxin Hexagon Solvent extraction process, to make profits at cost of consumers’ health, many companies mix cheap palm oil in mustard oil” was not substantiated and the claims are misleading by gross exaggeration. The statement also unfairly denigrates other oils / mustard oil.