We are a market leader not just in smartphones but a significant leader in the feature phone market and that effort and that presence will continue going forward as well, said Asim Warsi of Samsung India 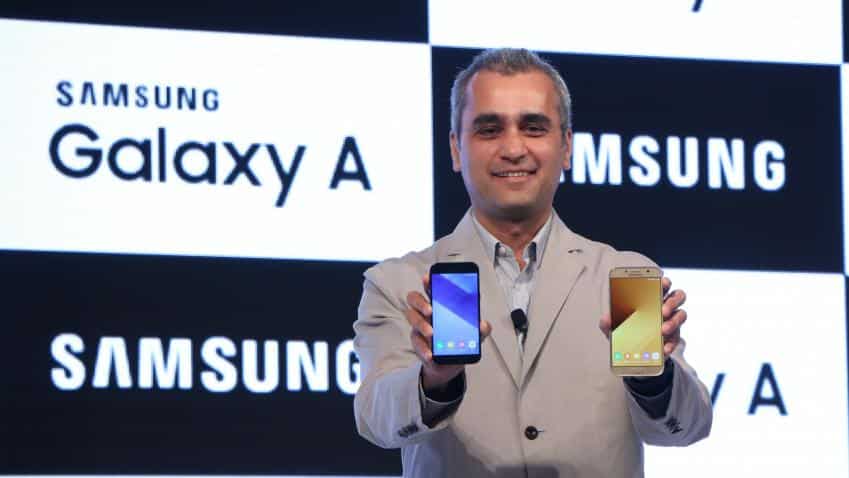 Samsung India on Monday launched the third generation of the Galaxy A series A7 and A5 smartphones in India. While the new Samsung Galaxy A7 was launched at a price of Rs 33,490, the Samsung Galaxy A5 is priced at 28,990.

The Zeebiz team caught up with Asim Warsi, Senior Vice President, Samsung Electronics India on the price range of the new Galaxy A series, competition, marketing plans and Nokia 3310

That price point is even higher than OnePlus 3T which has the similar specifications, so how is your phone geared to take on the competition?
I would not talk about competition in this regard, but what I can talk about is the consumer. And the consumer who is aspiring to buy a flagship like phone from Samsung, we believe for them the A series is exactly addressing that need and that aspiration. I must add here that in our experience we have seen consumers don't buy for price, they buy for value. Consumers who are seeking flagship like value at non-flagship price points this is going to be the device and the range of choice for them. We have also seen that consumers are buying into the total product and the overall experience.

What is the reason for Samsung to launch several smartphones in similar price ranges? Doesn't it cannibalise your own products?
As a market leader over the years we have been a full range player. Even to date we continue to be a committed to all consumer segments brand operating in India. So we not only have smartphones but we also sell feature phones in the country and tablets, wearables and accessories. Having said that there are various segments and intervals in the market, ie consumer preference based, device feature and technology based and the price point based. So we are straddling end to end of the handset segments in the market. The C9 Pro is indeed a recent model was launched keeping consumers preference increasingly moving towards larger and larger displays.

What are different marketing plans that Samsung will be using to break through the clutter?
Since these devices (A7 and A5) are targeted at millennials it was a good opportunity for us to partner with MTV and none other than their own VJ's to live their vacation life using the A series and sharing their experiences with us.