Freecharge that was just behind Paytm before demonetisation, but failed to capitalise on the opportunity quickly. 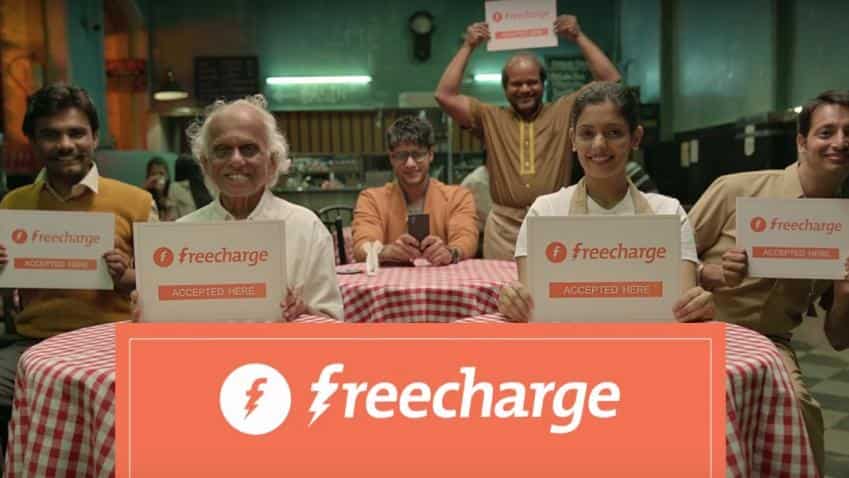 Just a day after Snapdeal confirmed the sacking of 600 employees across it's company (including Freecharge and logistics company Vulcan Express) and even Govind Rajan, Freecharge's CEO resigning, now Snapdeal may sell Freecharge. Snapdeal is in talks with the South Africa-based internet group Naspers for the sale of Freecharge, a Business Standard reported said.

What is a bigger pinch for the e-commerce giant is that it is reported to sell the FreeCharge for $300 million (nearly Rs 1,995.83 crore) after acquiring it for $400 million (nearly Rs 2,661.1 crore) in 2015. This would be a huge $100 million loss for the company that has already been struggling to cut short its losses and turn profitable.

The government's move to demonetise large currency notes in November, instantly brought the biggest opportunity for digital wallet companies to reap huge benefits due the surge in demand for digital payment systems due to the shortage of cash. So the big question is that at a time that such digital wallets are in demand, why is Snapdeal selling Freecharge?

The simple answer is that unlike Paytm, Freecharge was not in the right place and the right time and hence missed the bus. Paytm always seemed to be one step ahead of the Snapdeal-run digital wallet company. Paytm also subsequently spent large sums in marketing itself and pushing its branding in every nook and corner of India, literally.

Paytm had allocated Rs 600 crore for branding and marketing in 2016-17. However, it definitely seems like the brand has increased its marketing spends once demonetisation kicked in. The company did not say how much they had increased their marketing spends, however Gupta in an earlier Zeebiz report said, “At Paytm, we are committed to invest as per the demands of the market to ensure sustained and significant media presence for Paytm across print, broadcast and digital media.”

For instance, though Freecharge like Paytm rushed to create and place an ad on the front pages of all leading publications after Prime Minister Narendra Modi announced the demonetisation move, Paytm's ad was placed ahead of Freecharge's ad in the newspapers.

That was not all, Paytm also got it right in terms of its print creative that had a clever play of word in its tagline to 'Ab ATM nahin, #Paytm karo'. Freecharge, on the other hand, went with the line 'Cash is not feeling accepted anymore. We are'.

Paytm's ad also created a lot of controversy with them featuring the picture of PM Modi without his the PMO's approval and congratulating him for taking the step. The government even looked at fining the company for it. It subsequently faced a lot of backlash on social media for even its TV commercial, which many claimed was opportunistic in nature.

Though Paytm created a lot of controversy, it succeeded in gaining people's attention at the right time.

Snapdeal co-founder and CEO Kunal Bahl too said that said that Freecharge within the first 24 hours said that wallet loading grew by 12 times in comparison to a month back.

However, it looks like the marketing campaign of Paytm has been paying off as it has surged ahead of competitors Mobikwik and Freecharge in terms of users. As of December 23 on Google Play, Paytm had 50 million to 100 million users install of its app, while MobiKwik and Freecharge has 10 million to 50 million installs and another 50,000 to 100,000 installs for its MobiKwik Lite app. Paytm's seller app installs have also grown to 500,000 to 1 million.

While Paytm claimed (as of December 27) to have over 150 million users, MobiKwik has 45 million users and Freecharge as of November end had announced that it had just crossed over 10 million active users.

This shows that Paytm was way ahead of Freecharge by that time. The Snapdeal-run wallet company was also a huge distance behind another digital payments company MobiKwik.

While Paytm got it right in terms of marketing itself, MobiKwik got it right in terms adopting other payment modes quickly. It quickly capitalised from the economic scenario and even moving ahead of Paytm and Freecharge by being the first among them to launch their payments app for feature phone users or those with low mobile internet. It also was one of the first to launch its app in various regional languages to enable users from rural areas to make payments.

These technological advances made by MobiKwik allowed its availability and ability to move to users even rural India with poor connectivity.

However, Freecharge was a bit late to this game too and basically ended up playing catch up to these two players. This brings to the situation where it ended up being a burden to Snapdeal rather than an asset.