Yamaha launches new version of the Fazer in the 250cc segment which has seen the largest growth in the last one year. 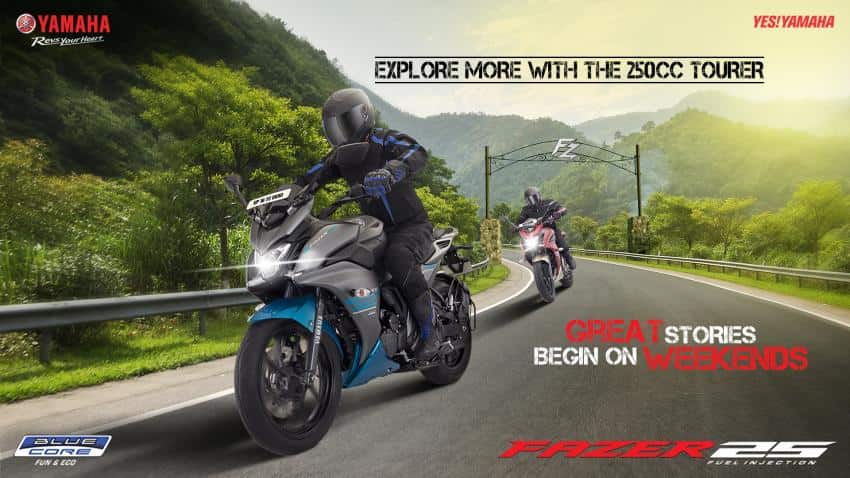 The Yamaha Fazer 25 has an Automotive Research Association of India (ARAI) certified fuel efficiency (milage) of 43 km per litre.

The Fazer 25 shares some of the same components and parts with the FZ25. The bike is powered by a 250cc, 4-stroke, fuel-injection engine which gives a maximum power of 20.9 BHP and maximum torque of 20Nm. Its transmission remains the same and has a 5-speed gear box.

The Fazer 25 will not have ABS (anti-lock brakes) currently and weighs 6kg more than the weight of the Yamaha FZ25, at a total weight of 154kgs.

This is the first major overhaul of the Fazer, which was launched in 2008-09 with a 150cc engine. The Yamaha Fazer after 2009 than had several minor improvements to it.

The Fazer 25 will be available in two colours, Soulful Cyan and Rhythmic Red. The deliveries should begin from September.

This space has become one of the most competitive with the emergence of Bajaj Auto backed KTM as a new entrant in this segment and creating more sports motorcycles in this segment.

The Fazer also falls in the touring segment of motorcycles, which is close to the cruiser segment where Royal Enfield has is the undisputed market leader.