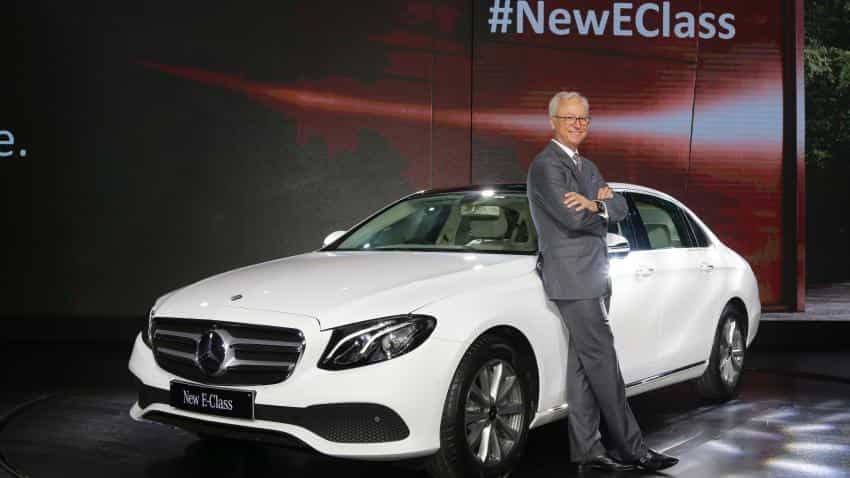 Lamborghini okay with high taxes on luxury cars in India, but wants this also

While some things may get expensive due to the goods and service tax (GST), it seems that luxury cars are getting cheaper. Mercedes-Benz India on Thursday announced that it will reduced the prices of its luxury cars by 4% on an average.

The price reduction of the entire ‘Made in India’ portfolio ranges from 2% to 9% depending on the tax structure and local body taxes of the state, said the company.

Some of the Mercedes-Benz cars that will become cheaper will include models like CLA, GLA, C-Class, E-Class, S-Class, GLC, GLE, GLS and Mercedes-Maybach S 500, which are part of the 'Made in India' models of the company.

This would bring down the prices of the cars in the range of Rs 1.25 lakh to Rs 7 lakh for those that are locally assembled in India. They are further expected to reduce the prices of the fully imported cars too.

Roland Folger, Managing Director & CEO, Mercedes-Benz India commented, “As a customer centric initiative, we are now passing on the benefits of post-GST pricing of our ‘Made in India’ cars with immediate effect. To ensure complete peace of mind for our customers, we have decided to pass on the GST tax benefits at an earlier stage at our cost. This approach will benefit the customers who want to purchase a locally produced Mercedes-Benz from now on and during the month of June. The impact on the prices on CBU vehicles is yet to be evaluated.”

Moreover, Germany luxury car manufacturer, Audi, today announced offers on sales and service on the entire range of its product offerings. These offers are being rolled out with immediate effect across dealerships and are only applicable until the end of June, 2017.

Commenting on the sales, Rahil Ansari, Head, Audi India, said, "Customer Delight is at the center of Audi’s focus and we are sure that our current offers will delight Audi enthusiasts. The attractive prices and packages bring fantastic value to the Audi enthusiasts. It is the best time to join the Audi family, buy your dream Audi and benefit from the privileges of the Audi Club India. As opposed to the market trend, this is not a measure to clear old stock; we are extending the benefits on our new cars as well. This is what Customer Delight stands for."

Even the second largest luxury car manufacturer BMW has announced an immediate reduction in prices of its cars, according to MoneyControl report. The company however did not give the details of reduction in the prices.

While other luxury car makers such as Jaguar Land Rover and Audi have not announced a reduction in their prices due to GST, they are expected to do so soon with the top two luxury car manufacturer reducing the prices.

Some of the BMW cars manufactured in India include the 5 series, 7 series and X5.

Lamborghini okay with high taxes on luxury cars in India, but wants this also