Considering increasing penetration of automatic manual transmission (AMT) in the entry level segment as well as improving awareness regarding automatic cars, it is expected that automatic car transmission will account for over 15% share by FY2020. 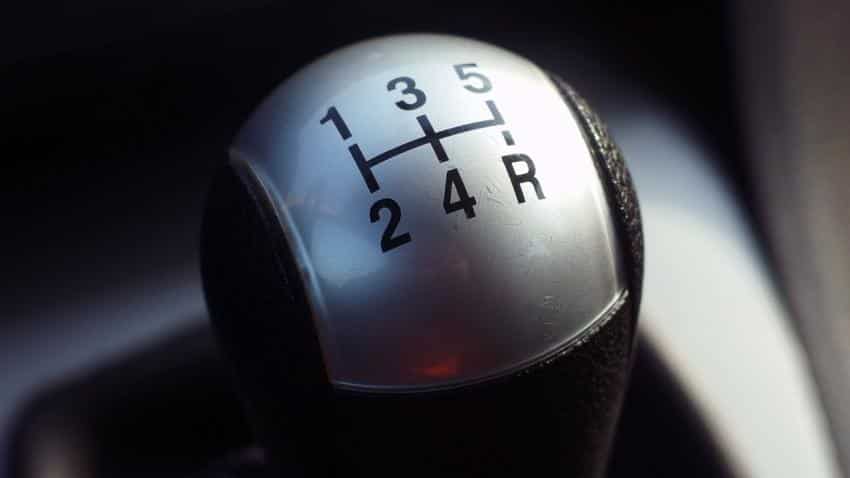 Automatic transmission to account for over 15% of cars owned by 2020 in India: Report

While people choosing Automatic Transmission (AT) has been rising in India, it is still at very low in comparison to those choosing manual transmission (MT).

That would still mean a large 85% of the car owners in India would still be using manual transmission. The report says that currently only 9% of cars in India have AT, while a large 91% use MT.

The report takes inputs from 62 respondents on their preferences towards AT and MT among existing as well as prospective car owners. Primarily residing in metro and tier I cities as these areas would be the first to adopt AT due to traffic-related issues.

According to the report, about 48% of respondents prefer their next car with AT. On the flip side, 52% of the respondents still preferred to use manual transmission. 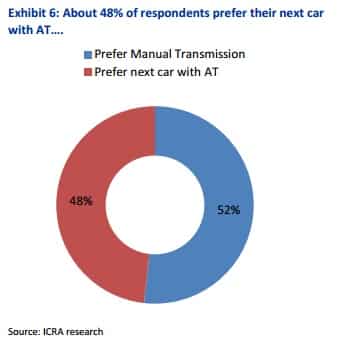 Those who chose to switch to AT was primarily due to the traffic problems faced by them. 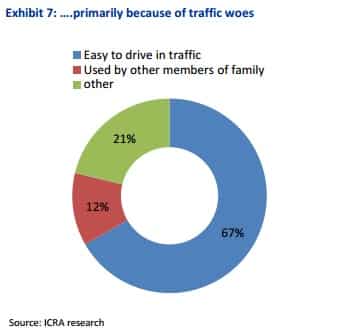 Fuel efficient related concerns remain a major deterrent for customer shift towards AT.

Even if fuel efficiency of AT and MT become similar, large populations will continue to prefer MT because of the cost difference.

The report further showed that 80% of respondents willing to shell out less than Rs 50,000 for AT variant. 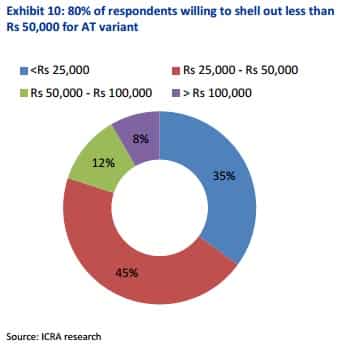 “Considering that a majority of our respondents prefer to give less than Rs 50,000 premium for AT over MT, AMT is the best possible solution for the price conscious Indian car buyers. AMT penetration is likely to increase further; it addresses both concerns of fuel efficiency as well as ownership cost,” said the ICRA report.

Automatic transmission to account for over 15% of cars owned by 2020 in India: Report