Lugging is a term used when you try to accelerate from a low speed in a higher gear, think 20kph in 3rd gear. Often experienced when going over speed breakers, drivers slow down to about 10-15kph and then take off without shifting down to a lower gear. 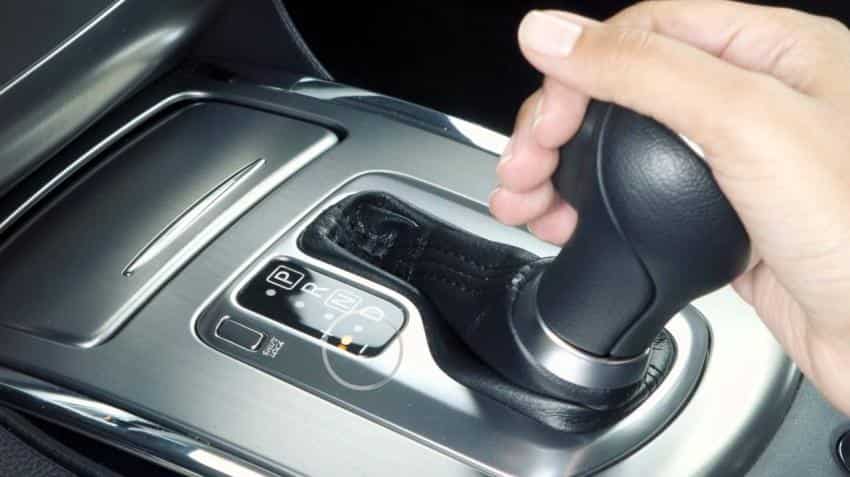 Lugging is a term used when you try to accelerate from a low speed in a higher gear, think 20kph in 3rd gear. Image source: YouTube
Written By: ZeeBiz WebTeam

Learning how to operate a manual transmission is an important chapter in the textbook of driving. You might be familiar with the basics, but the driving instructor may have skipped a few important lessons, and the finer art of handling the gearbox to prevent premature wear is likely to be one of them. So, here are five things you should not do while driving a manual transmission car.

Resting your hand on the gear lever
Even though it looks comfortable, the gear lever is no place to rest your hand. A gearbox contains multiple moving parts like the selector forks and rotating collars which are often under load. Resting your hand on the lever might cause the fork that is stationary, to rub against the moving collar. This damages the fork which in turn can damage the gearbox. So, rest your hands on the steering wheel, which also happens to be safer.

Resting your left foot on the clutch pedal
The clutch is not a foot rest and new drivers tend to abuse it. Worried the car might stall, drivers tend to rest their foot on the clutch pedal or drive at low speeds with the clutch half engaged. This prevents the clutch‘s rotating parts from ‘If you‘re not careful, it is easy to damage the gearbox unknowingly.‘ disengaging fully and causes them to slip. This results in a loss in fuel efficiency and also premature wear of the clutch. Replacing clutch assemblies is expensive and labour intensive, so the next time you drive, make sure you use the dead pedal to rest your left foot and release the clutch smoothly all the way, even when driving at low speeds.

Using the clutch to prevent roll back
We do come across hill-start situations, occasionally. You could be stuck on the ghats in traffic, or parked on a road going uphill. In such a situation, many use the clutch to hold the car from rolling backwards. Just like driving with a half-pressed clutch, using half a clutch to prevent a roll back results in serious frictional wear of materials and causes the clutch to come to the end of its life. So, if you find yourself on an incline, use your handbrake instead. Remember, the more friction and more heat you subject your car to, the faster you will kill it.

Using incorrect gears at incorrect speeds
Lugging is a term used when you try to accelerate from a low speed in a higher gear, think 20kph in 3rd gear. Often experienced when going over speed breakers, drivers slow down to about 10-15kph and then take off without shifting down to a lower gear. This puts tremendous stress on the engine. Remember, you only need the clutch for changing gears and preventing a stall at walking speeds.

Idling in gear
Thanks to traffic, we spend more time sitting put in our cars rather than moving. Keeping the car engaged in gear while you’re stationary takes a toll on the clutch. Although small parts like the clutch release bearings are designed to outlast the clutch, it is advised to avoid depressing the clutch for long durations. If you’re at a signal or stuck in heavy traffic, flick the gear into neutral and pull up the handbrake. Be lazy and you could, quite literally, end up paying a heavy price.