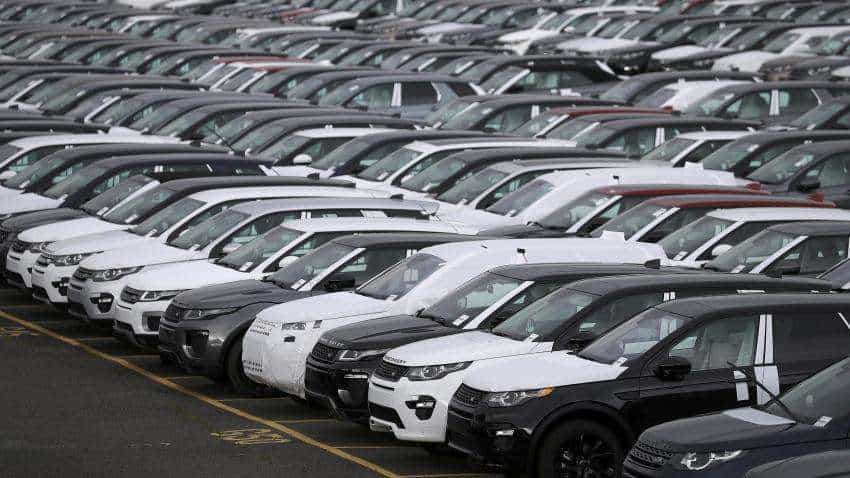 The run-up to BS VI transition along with the general economic slowdown and truncated production led to the decline in sales of automobile majors in February, market watchers said on Monday.

"Significant dip in sales volumes across segments is primarily due to a run up to BSVI transition both on account of deferment by the buyers and less production in order to relinquish stock from the OEM side," said Sridhar V, Partner, Grant Thornton India LLP.

"Also, the coronavirus impact has affected the supply chain, resulting in a cut down in production," Sridhar added.

According to Suman Chowdhury, President (ratings) at Acuite Ratings and Research: "With sales decline of nearly 30 per cent for both PV and CV segments, demand outlook for OEMs continues to be negative.

"What is interesting is the green shoot in rural demand as reflected through a smaller decline in two-wheeler sales and a healthy pickup in tractor sales driven by a good rabi crop expectation. Nevertheless, Acuite believes that the overall auto sales will continue to be weak and wider improvements across the economy are at least one to two quarters away."

Automobile major Maruti Suzuki India reported a 1.1 per cent year-on-year (YoY) fall in its total sales in February at 1,47,110 units. During the same period last year, the company had sold 1,48,682 units.

Its domestic sales last month declined by 3.6 per cent to 1,34,150 units, the company said in a regulatory filing. Exports during the period under review, on the other hand, rose by 7.1 per cent to 10,261 units .

Another automobile major, Tata Motors reported a 34 per cent year-on-year (YoY) decline in its February domestic sales at 38,002 units. It had sold 57,221 units in February last year.

Commercial vehicle sales in India plunged 35 per cent to 25,572 units during the month under review, from 39,111 units sold during the corresponding period last year, Tata Motors said in a regulatory filing.

"We are on track for the BS-VI migration, with BS-IV stocks being consumed as per plan and BS-VI production initiated," Girish Wagh, President, Commercial Vehicles Business Unit, Tata Motors said in a statement on Sunday.

Wagh further noted that the supply disruptions from the novel coronavirus outbreak in China could have some impact on the BS-VI transition and efforts are underway to mitigate the impact.

On its part, Mahindra & Mahindra reported a 42 per cent fall in its total vehicle sales in February at 32,476 units.

According to TVS Motor, it is on track to reducing dealer level BS-IV stock in the domestic market and is confident of retailing it this month.

In addition, the outbreak of pandemic Coronavirus (COVID-19) has led to impact on supply of certain components for production of BS-VI vehicles. All efforts are on to normalise this at the earliest, the company said in a statement.