Two-wheeler companies posted a good growth in sales in May in comparison to the previous month. Bajaj Auto was the only one to post a decline in sales during the month. 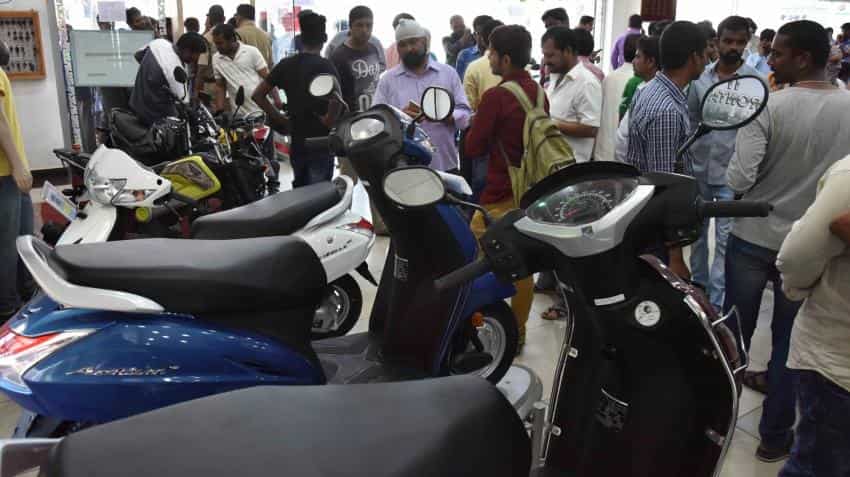 Two-wheeler sales in India seem to have finally recovered from the impact of demonetisation and the Bharat Stage III ban. Except for Bajaj Auto, most of the top two-wheeler companies posted high double-digit growth in sales in the month of May.

The largest two-wheeler manufacturer in India, Hero MotorCorp, on Thursday announced that its sales in the month of May had grown by 8.7% as it's two-wheeler sales rose to 6,33,884 units in comparison to 5,83,117 units in the same month last year.

In April too it has posted a large 34% growth in sales as it sold 5.7 lakh two-wheelers during the the month.

Eicher Motors' motorcycle unit Royal Enfield posted a 25% growth in total domestic sales during the month of May. Royal Enfield continued its high growth trajectory as it sold 60,696 units in May 2017 in comparison to 48,604 units during the corresponding month last year.

Yamaha's new 249 cc mid-class motorcycle FZ25 along with BS-IV variants of scooters and motorcycles have been instrumental in boosting its sales, it added.

This is an improvement from the 8% growth it has posted last month in domestic sales as it sold 68,827 units during April 2017 as compared to 63,927 units during the corresponding period last year.

However, Bajaj Auto was the only one to post a decline in sales during the month. The two-wheeler major on Friday reported a 10% decline in total vehicle sales in May at 3,13,756 units.

With expectations of normal monsoons and rains already starting in some regions in the country, two-wheeler sales are expected to grow higher in the coming months due to the rise in rural demand.

Besides this, with the goods and service tax (GST) for vehicles in line with the current taxation rates, there is expected to be no visible impact on the two-wheeler industry.