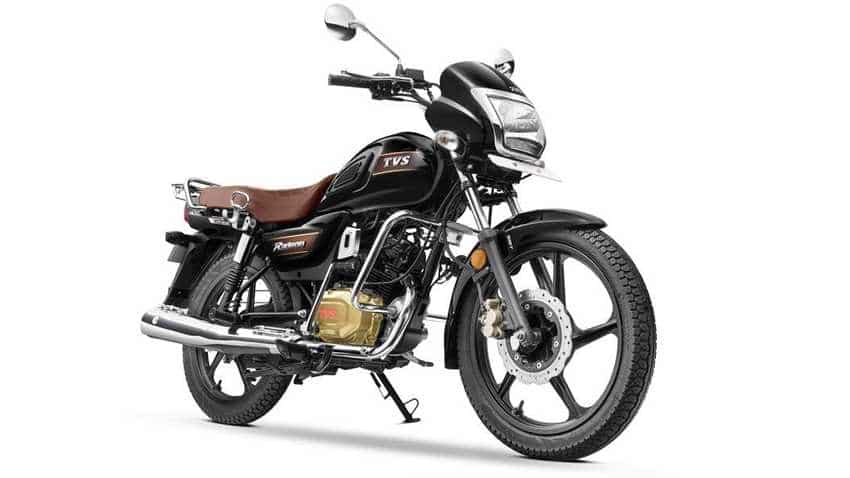 TVS Radeon is equipped with a 10-litre tank and clocks a fuel economy of 69.3 kmpl 1.
Written By: Prashant Singh
Edited By: Harish Dugh
RELATED NEWS

NTORQ 125: TVS now launches Race Edition in this country - All you need to know

Two-wheeler and three-wheeler manufacturer, TVS Motor Company, has announced the launch of ‘Commuter of the Year’ celebratory special edition of TVS Radeon – the most awarded commuter motorcycle of the year. The special edition comes in two colours Chrome-Black and Chrome-Brown.

TVS Radeon ‘Commuter of the Year’ celebratory special edition comes in both Disc and Drum variants and is priced at: Drum: Rs. 52,720 (Ex showroom Delhi)

Commenting on the launch, Aniruddha Haldar, Vice President (Marketing) – Commuter Motorcycles, Scooters & Corporate Brand, TVS Motor Company, said, “TVS Radeon has generated unprecedented love from experts and consumers alike. Within its first year of launch over 2 lakh proud consumers are overjoyed with their Buland choice. The trust and love of such consumers only reaffirms our commitment to them. TVS Radeon, having won the appreciation of experts, became the most awarded motorcycle of the year. The special edition stays true to the TVS Radeon Buland DNA and celebrates its spirit. It adds comfort and premium distinctiveness with an unwavering eye on practicality, I am sure TVS Radeon and its consumers will continue to live true to its promise of Live Strong Ride Strong (JIYO BULAND BADHO BULAND).”

NTORQ 125: TVS now launches Race Edition in this country - All you need to know