Triumph launched the Street Scrambler which has same engine as the Street Twin, but has various changes in its exterior body. 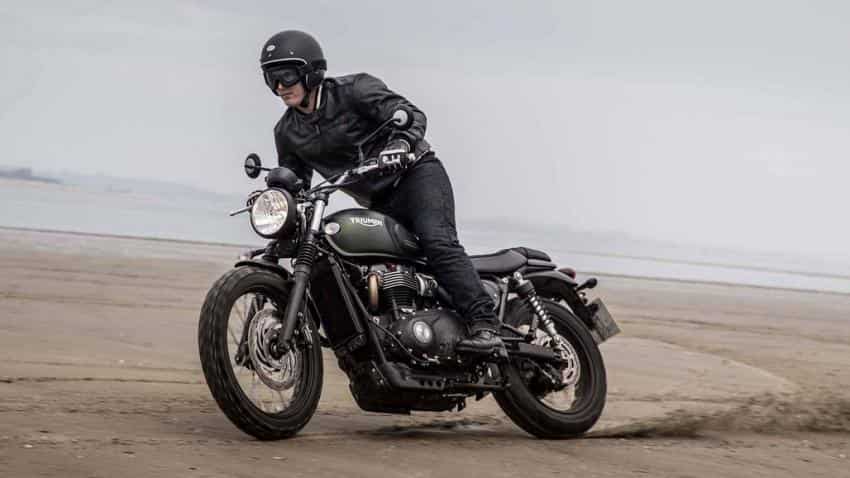 Triumph Motorcycles announced the launch of the Street Scrambler in India on Thursday priced at Rs 8.1 lakh (ex-showroom). The motorcycle is based on the Triumph Street Twin, which is the cheapest Triumph motorcycle in India and is the top selling Triumph bike in the country.

The Street Scrambler is already on sale in other markets across the world and is a model based on the popular Bonneville in the company's product list.

Though some of the body work of the Scrabbler is similar to the Street Twin, the new Street Scrabbler looks different and has a lot of changes.

In terms of the engine, the Triumph Street Scrambler is powered by the same 900cc, liquid-cooled, parallel twin engine. This is the same engine which is present in the Street Twin and the Bonneville T100 motorcycles.

The engine comes mated with a five-speed gearbox. The engine of the Triumph Street Scrambler dishes out a peak power of 55PS and delivers a peak torque of 80Nm.

Some of the other features include a side-mounted scrambler-style exhaust, interchangeable pillion seat and aluminum rear rack, removable pillion footpegs and engine bash plate.

Triumph recently had announced its partnership with Bajaj Auto to create and sell motorcycles in the 250-750cc segment in the country. The companies have already started working on a motorcycle in this segment.