Toyota speeds up electric vehicle schedule as demand heats up

The key to creating a profitable battery EV operation could be in combining new mobility technologies, including on-demand ride services, with battery-powered electric cars, he said. 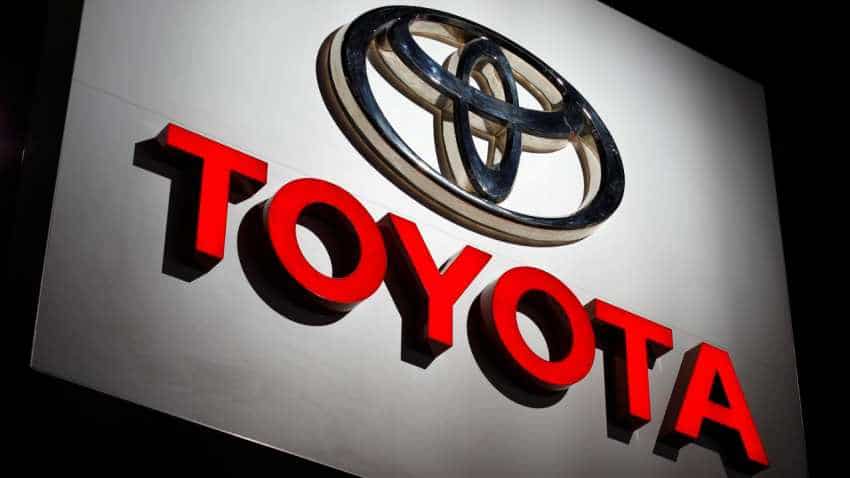 Toyota Motor Corp aims to get half of its global sales from electrified vehicles by 2025, Photo: Reuters

Toyota Motor Corp aims to get half of its global sales from electrified vehicles by 2025, five years ahead of schedule, and will tap Chinese battery makers to meet the accelerated global shift to electricity-powered cars.

The change illustrates the breakneck growth in the electric vehicle (EV) market, which is transforming the auto industry, and is also an acknowledgment by Japan`s top car maker that it may not be able to meet demand for batteries on its own.

Toyota is now faced with a higher-than-expected demand for cars that use batteries, rather than gasoline, Executive Vice President Shigeki Terashi told a briefing on Friday.

Also, increasingly stringent emissions regulations require more lithium-ion batteries in the next five years than the automaker plans to produce, he added.

"We consider ourselves as a maker of electric vehicle batteries, going back to when we developed the battery for the Prius," he said, referring to the pioneering gasoline hybrid.

It also announced an ultra-compact two-seater designed for short-distance trips, with a maximum speed of 60 km (37 miles) per hour and 100 km range on a single charge.

However, Terashi said while demand for EVs grows, profits will be slower in coming, given the economies of scale.

EV technology has come a long way since 2010, with battery technologies improving and costs coming down.

Still, EV sales are expected to trail gasoline hybrid vehicle volumes by 2025, with the former expected to be fewer than 1 million vehicles, Terashi added.

The key to creating a profitable battery EV operation could be in combining new mobility technologies, including on-demand ride services, with battery-powered electric cars, he said.

Tapping CATL signals a widening of Toyota`s procurement pool. The Chinese firm already has relationships with other automakers such as Honda Motor, Nissan and a multi-billion dollar battery supply deal Volvo Car Group.

Toyota has for decades been developing its own lithium-ion EV battery technology and has partnered with Panasonic to develop and make rectangular-shaped prismatic batteries.

The automaker, which launched the Prius, the world`s first mass-market "green car" over two decades ago, has led in technologies for hybrid and fuel cell vehicles (FCVs). Its cars account for more than 80% of the global hybrid vehicle market.

But it has trailed rivals such as Nissan Motor, Volkswagen and Tesla in bringing all-battery EVs to showrooms.

Toyota is looking to partnerships with rival automakers and tech firms as it seeks to reduce its capital outlay for developing new-vehicle technologies.

On Thursday, it announced it was teaming with Subaru Corp to develop a battery-electric SUV on a platform produced together as they seek to split costs.

Toyota is, however, not changing its long-held belief that hydrogen FCVs will be the ultimate zero-emissions vehicles in the future, Terashi said.

"We haven`t changed our policy towards battery EVs," Terashi said. "We are not shifting our focus to prioritise battery EVs, nor are we abandoning our FCV strategy."

The firm has also long espoused the benefits of hybrids and how they are an effective alternative to all-battery EVs, given a fuel efficiency roughly double that of gasoline cars, lower cost and that they do not need charging infrastructure.

Toyota to give royalty-free access to hybrid-vehicle patents: Nikkei

Toyota workers to get smaller base-pay rise than sought

Toyota to make over 10 battery EV models in early 2020s