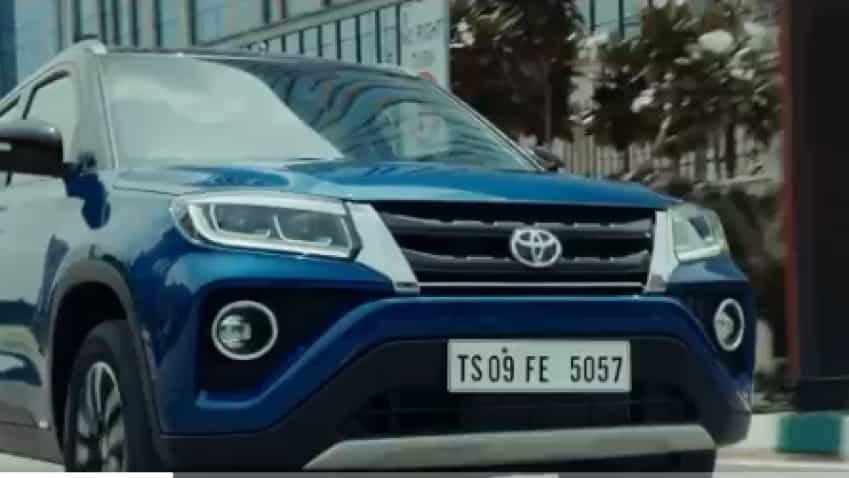 Japanese auto major Toyota on Wednesday launched its compact SUV Urban Cruiser, which it has sourced from compatriot Suzuki, in India with price starting at Rs 8.4 lakh as it looks to use cross-badged products from the latter to draw more customers in the volume segment.

The Urban Cruiser is the second model to be launched in India under the global Toyota-Suzuki alliance after the premium hatchback, Glanza. It is the cross-badged version of Maruti Suzuki's compact SUV Vitara Brezza.

The model is powered by K-Series 1.5 litre four-cylinder petrol engine and will be available in manual transmission and automatic transmission options in three variants of mid, high and premium priced between Rs 8.4-11.30 lakh.

Virata Brezza on the other hand is priced at Rs 7.34 lakh for the entry level variant and goes up to Rs 11.15 lakh for the top end (all prices ex-showroom Delhi).

Toyota Kirloskar Motor (TKM) will start deliveries of the Urban Cruiser from mid-October.

"Globally, our collaboration with Suzuki is going very well, particularly in India. Once again Urban Cruiser will show us a much stronger relationship," TKM Managing Director Masakazu Yoshimura told PTI.
He said the cross-badged products from Suzuki will serve to draw more customers to the Toyota fold to develop a long-term relationship with the company.

Citing the example of Glanza, which Maruti Suzuki sells as Baleno, he said the company has so far sold 30,000 units and that is Toyota's first challenge into the B-segment targeting young millennial customers in India.

"Surprisingly, the product has been well accepted, and our aftersales marketing strategy is also well accepted," Yoshimura said adding even sales of Maruti Suzuki Baleno has increased.

"With Maruti Baleno and our Glanza, (together) as a motor industry we are welcoming old and new car buyers into that segment. Either from two-wheelers or second hand cars, many first-time customers are the majority of the buyers," he said adding "that is good evidence which is showing our collaboration between Suzuki and Toyota globally (is working well)".

Yoshimura further said,"The same applies to Urban Cruiser, just as Glanza. This is the phase two of our collaboration with Maruti Suzuki."

He said Toyota's entry into the compact SUV space comes at a time when the segment has gained much popularity in India due to its body type and superior road presence thereby garnering greater connect and appeal among today's youth.

The launch of the Urban Cruiser is a direction towards the company's "focus of delivering the best products and services to customers who have remained loyal to the brand over the years while looking for ways to welcome more customers, particularly the youth, to the Toyota family", Yoshimura added.

"We always believe that sales is not the last part of us being as a manufacturer. It is the starting point to create relationships with each and every consumer," he said.

Besides, it features a new 17.78 cm smart playcast touchscreen audio and four door speakers and two tweeters, among others, the company said.